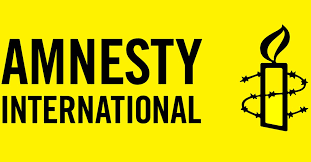 RAMALLAH, Friday, August 19, 2022 (WAFA) – Amnesty International Thursday called for an end to the stifling of Palestinian civil society organizations at the hands of Israeli occupation authorities.

Before dawn, Israeli armed forces raided the Ramallah offices of Addameer, al-Haq, Defense for Children International – Palestine (DCIP), the Union of Agricultural Work Committees, Bisan Center for Research and Development, Health Work Committees, and the Union of Palestinian Women Committees, and confiscated files and equipment. They also issued military orders to close them down and welded shut their office doors.

“These organizations have contributed enormously to human rights in the OPT and across the globe, yet Israeli army boots trample all over their work. Amnesty International stands proudly in solidarity with our Palestinian partners and calls on all governments to condemn the Israeli army’s attack on Palestinian civil society,” said Amna Guellali, Amnesty International’s Deputy Director for the Middle East and North Africa.

“The international community needs to work together not only to reopen the offices of these seven organizations, but also to honour their calls to support the International Criminal Court’s investigation into the Palestine situation and for international condemnation of Israel’s apartheid against Palestinians.”

Amnesty International said that it spoke to partners at three of the seven organizations, who conveyed their shock at the raids and closures.

“The occupying army has failed to silence our voice in defence of human rights. The army uses military law against human rights law. The raids show that Israel rejects the position of the EU and the international community, and rather invests in continuing the occupation and the human rights violations that it causes,” Khaled Quzmar, director of DCIP, told Amnesty International.

Amnesty pointed that its researchers examined the military orders posted on the office doors of three of the organizations.

“In all cases, the order to close the offices was based on the 1945 Defence (Emergency) Regulations, which were issued by the British to quash resistance to their rule, and never repealed. Since 1967, the Israeli military authorities have used these regulations extensively to demolish hundreds of Palestinian homes, deport residents and hold tens of thousands of Palestinians from the OPT in administrative detention. Israeli authorities had also used the regulations against Palestinian citizens of Israel until 1966, but not against Jewish citizens.”

“These practices, which amount to grave breaches of the Fourth Geneva Convention and violate numerous articles of human rights conventions to which Israel is a party, form part of the system of apartheid that oppresses the Palestinians,” the statement read.

“Amnesty International calls on all states to recognize that Israel is committing internationally recognized crimes, including the crime of apartheid, against Palestinians in Israel and the OPT. Governments must ensure that human rights considerations are integrated into all agreements with the Israeli authorities, and exercise due diligence to refrain from contributing to the system of apartheid,” said Amna Guellali.