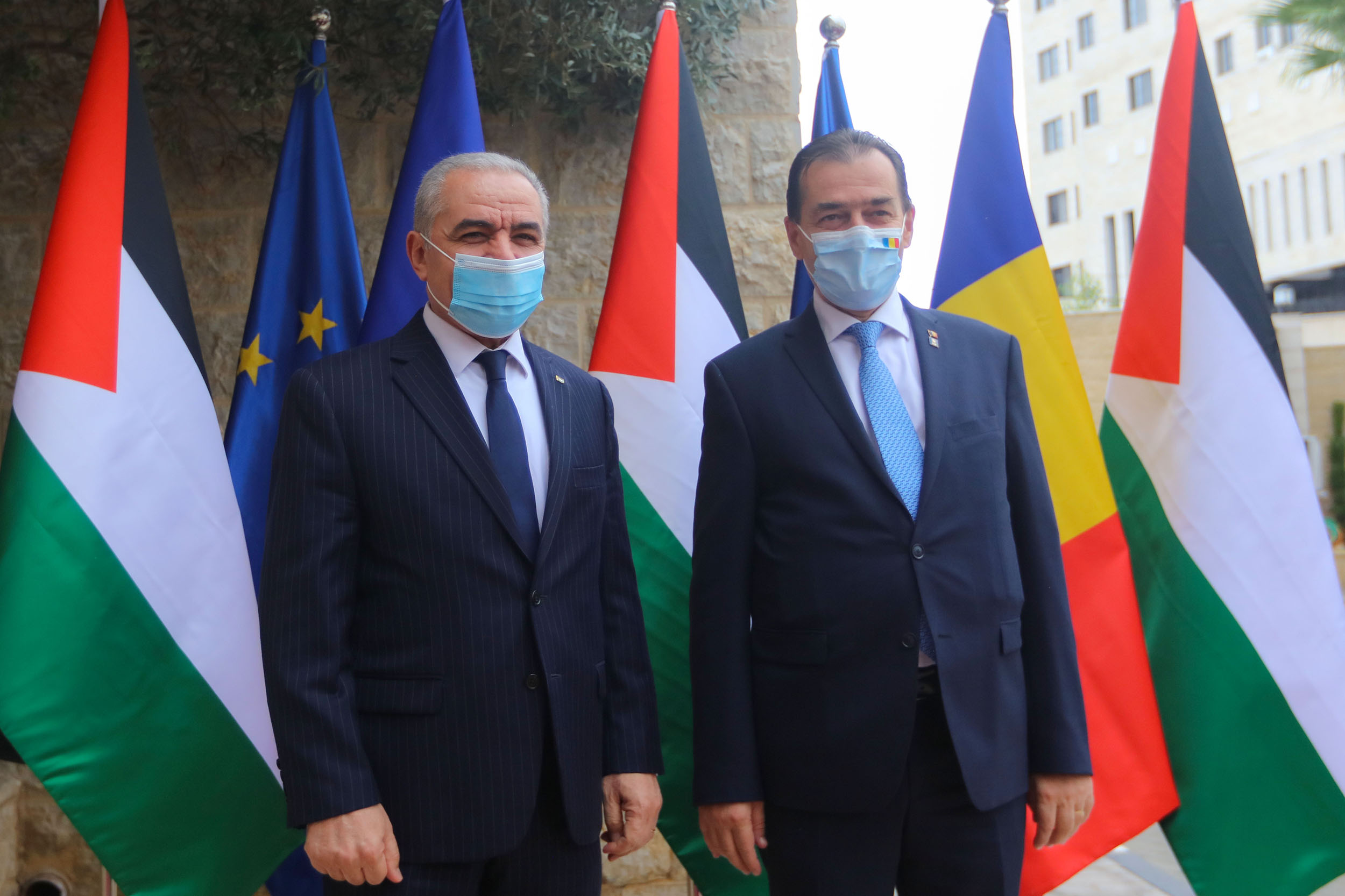 The Prime Minister said in a press conference held after his meeting with his Romanian counterpart at his Ramallah office that Romania will work on supporting achieving the partnership between Palestine and the European Union, and will also contribute to overcoming the obstacles that prevent this.

"We discussed in the meeting developing and strengthening the Palestinian-Romanian Joint Committee and raising the level of the meeting to include the prime ministers in both countries," he said.

He stressed that Romania reaffirmed its support for all efforts that would achieve the two-state solution that would lead to the establishment of a Palestinian state on the 1967 borders, in addition to supporting President Mahmoud Abbas’ call for an international Middle East peace conference.

Shtayyeh said that the meeting with his Romanian counterpart included a discussion about trade and academic exchange, and fighting coronavirus, noting that the friendship between Palestine and Romania dates back to 1974 when it recognized the Palestine Liberation Organization, and in 1988 it recognized the state of Palestine. Besides, he said, there are many Palestinians studying in Romanian universities.

For his part, Orban said that his meeting with Prime Minister Shtayyeh revolved on the future of peace in the Middle East and recent developments in the region, stressing that his country will spare no effort leading to resolving the Palestinian-Israeli conflict and overseeing negotiations that lead to a two-state solution in accordance with international law and relevant United Nations resolutions.

He stressed that this goal can be achieved through dialogue and diplomatic means, pointing out that this visit to Ramallah is an opportunity to assert Romania's firm stance on Palestine and the European Union's position regarding peace negotiations.

The Romanian Prime Minister said his visit “marks an important stage in developing Romania’s relations with Palestine and reflects our political will and interest for sustained and substantial dialogue.”