PM Shtayyeh discusses preparations for the donors' meeting, other issues with EU Representative 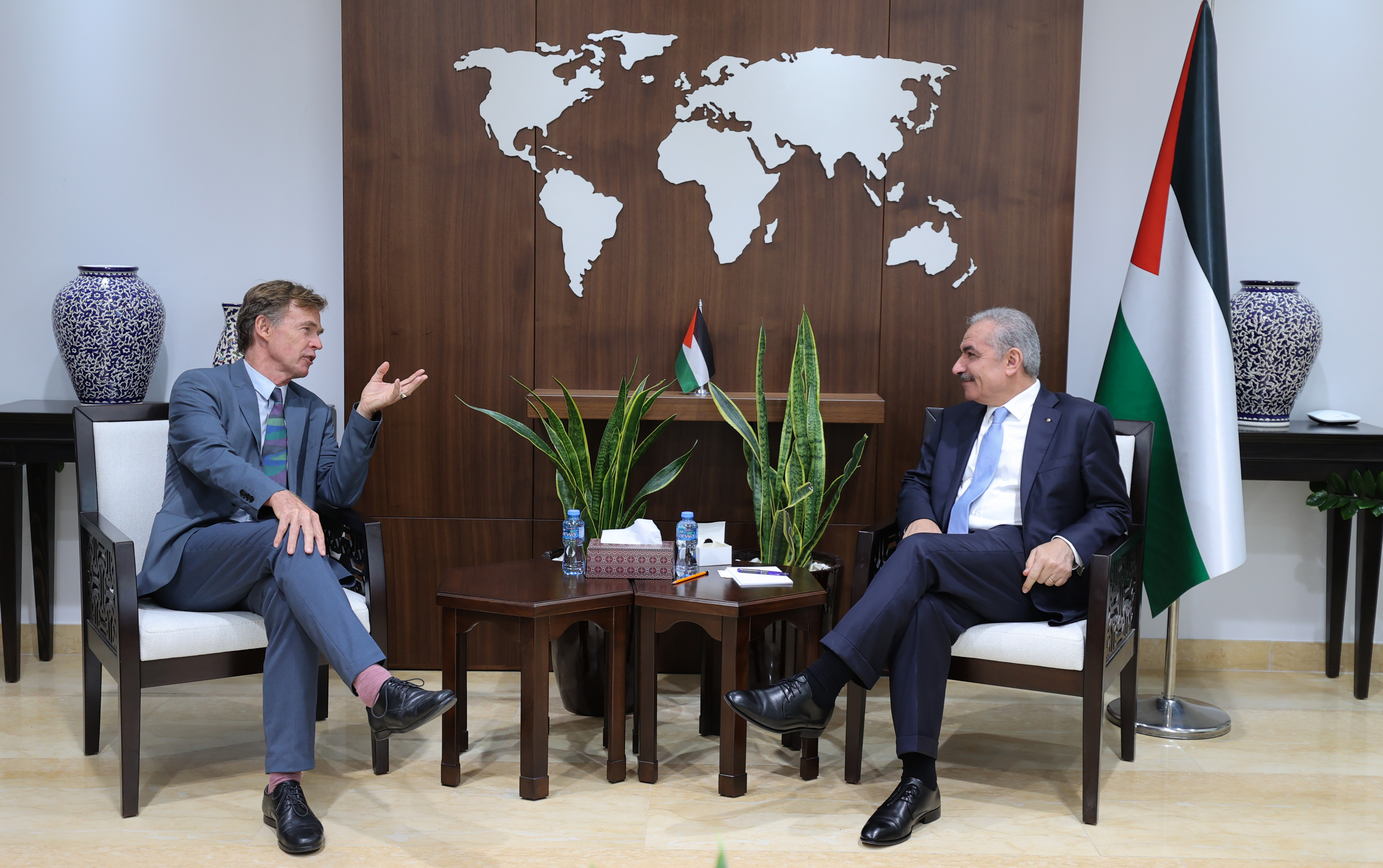 RAMALLAH, Thursday, August 25, 2022 (WAFA) - Prime Minister Mohammad Shtayyeh today met in his office in Ramallah with the Representative of the European Union to Palestine, Sven Kuhn von Burgsdorff, and discussed with him the latest political developments and the upcoming donor’s meeting.

Shtayyeh discussed with Burgsdorff strengthening cooperation between Palestine and the European Union and supporting development projects, especially in the field of renewable energy, the water desalination plant in Gaza, and supplying the Gaza power plant with gas.

The two sides also discussed preparations for the donors' conference planned to be held next month in New York and ways to make it a success to produce serious and real results.

Shtayyeh also briefed Burgsdorff on the progress in implementing administrative and financial reform by the Palestinian government.