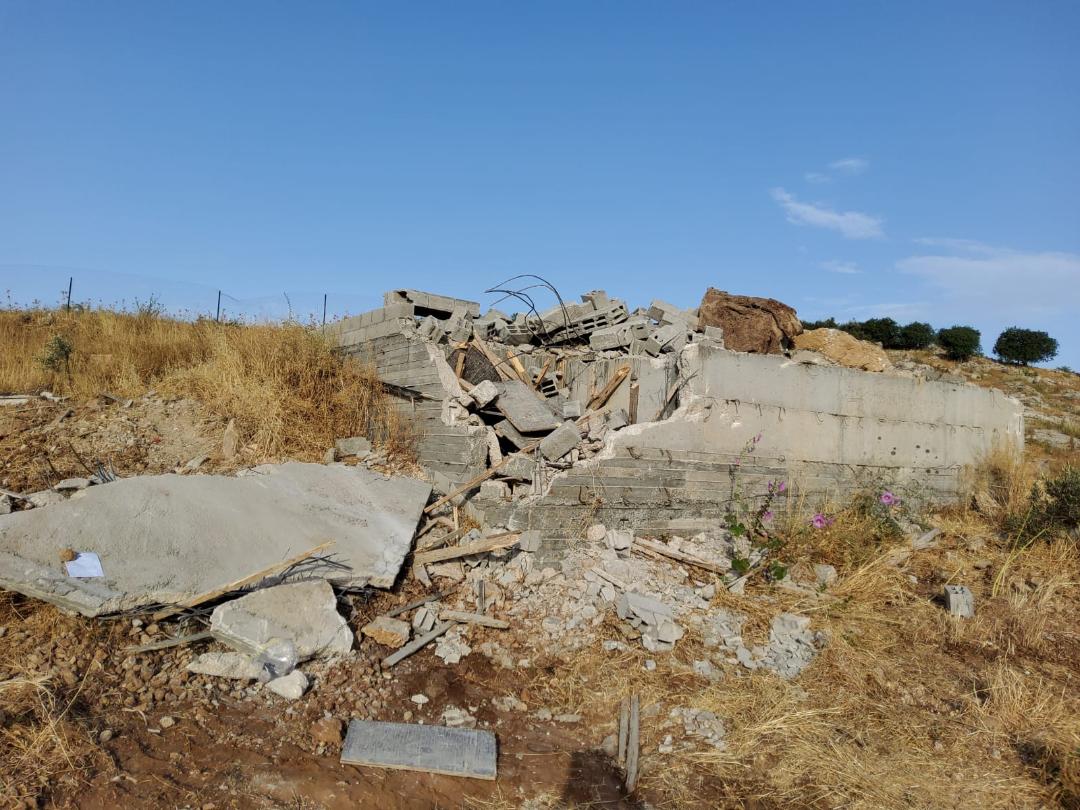 TUBAS, Monday, May 09, 2022 (WAFA) – Israeli forces Monday demolished two under construction residential rooms in the area of Khirbet Ainoon to the east of the occupied West Bank city of Tubas, according to local sources.

Aref Daraghmeh, a local activist, told WAFA that the Israeli forces demolished two under construction rooms made of reinforced concrete, whose area is estimated to be 100 square meters and owned by local resident Kamal Abu Mutawe'.

He added that the forces demolished them under the pretext that they were built without a permit.

In recent years, Israeli occupation authorities demolished hundreds of homes in the occupied West Bank and East Jerusalem on the grounds of lacking an Israeli construction permit, which is almost impossible to obtain for Palestinians under current Israeli policies.

Israel refuses to permit any Palestinian construction in Area C, makes up more than 60 percent of the occupied West Bank and falls under full Israeli military rule, forcing Palestinians to build without a permit to provide shelters for their families.