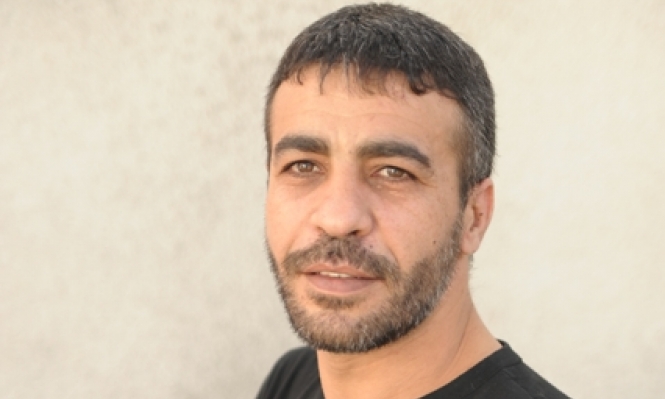 RAMALLAH, Friday, January 07, 2022 (WAFA) – The family of Nasser Abu Hamid, a Palestinian serving seven life sentences in Israeli prisons, said today that the doctor supervising their son’s condition told them he had acute pneumonia as a result of a bacterial infection that led to a failure of his lungs and which caused him to fall into a coma.

The Abu Hamid family confirmed today they were able to visit their son, Nasser, who is currently in intensive care in the Barzilai Medical Center. The family told Palestinian Prisoner’s Society (PPS) that as soon as they entered the intensive care unit, the Israeli security officers asked them to stay away from Nasser’s room, and they did not allow them to approach him.

However, the family said refused to obey the order of the Israeli security officers and insisted on visiting their son to identify him while he was lying on the bed, with his stomach and head connected to tubes.

The family appealed to all parties of concern to take urgent and effective action to save the life of their son, as well as on the masses of our people to continue their popular support to press the occupation to release him as he’s facing an imminent risk of death.

Earlier this week, the Palestinian Prisoners Affairs Commission urged all human rights and international institutions to urgently intervene and pressure the Israeli occupation authorities to release the Abu Hamid, who is battling cancer.

The Commission warned in a statement that the prisoner Abu Hamid was battling death as a result of his suffering from the consequences of a surgery to remove a cancerous tumor in the lungs he underwent last October, when the occupation then returned him to the prison before he recovered.

Abu Hamid, 49 years old, from Al-Amari camp in Ramallah, has been detained since 2002 and is serving seven life sentences and an additional 50 years in prison. He has four brothers in jail who are also serving life sentences.