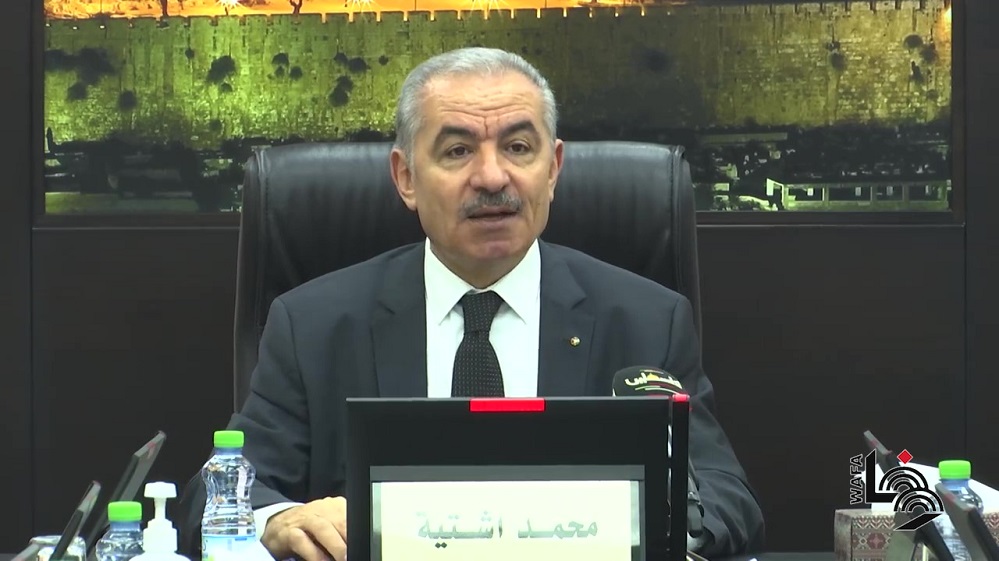 RAMALLAH, Monday, October 04, 2021 (WAFA) – The Israeli occupation authorities follow a policy of shoot-to-kill against the Palestinian people in the occupied territories, which is a criminal policy, today said Prime Minister Mohammad Shtayyeh.

Speaking at the opening of the weekly cabinet meeting held in Ramallah, Shtayyeh strongly criticized Israel’s shoot-to-kill policy, urging international rights organizations to speak out against it.

“There is an upsurge in terrorism and violence targeting our people from the Israeli army and settlers,” he said.

“During the first half of this year, it is clear that there is an ongoing practice of the shoot-to-kill policy waged by Israel against our people. This is nothing more than a criminal policy that should stop and the international community and international organizations should raise their voices and write their reports to expose this policy by the occupying power,” said the Prime Minister.

According to the United Nations Office for the Coordination of Humanitarian Affairs (OCHA) in the occupied territories, Israel shot and killed at least 60 Palestinians by the of September in the West Bank compared to 24 during the entire 2020 year.