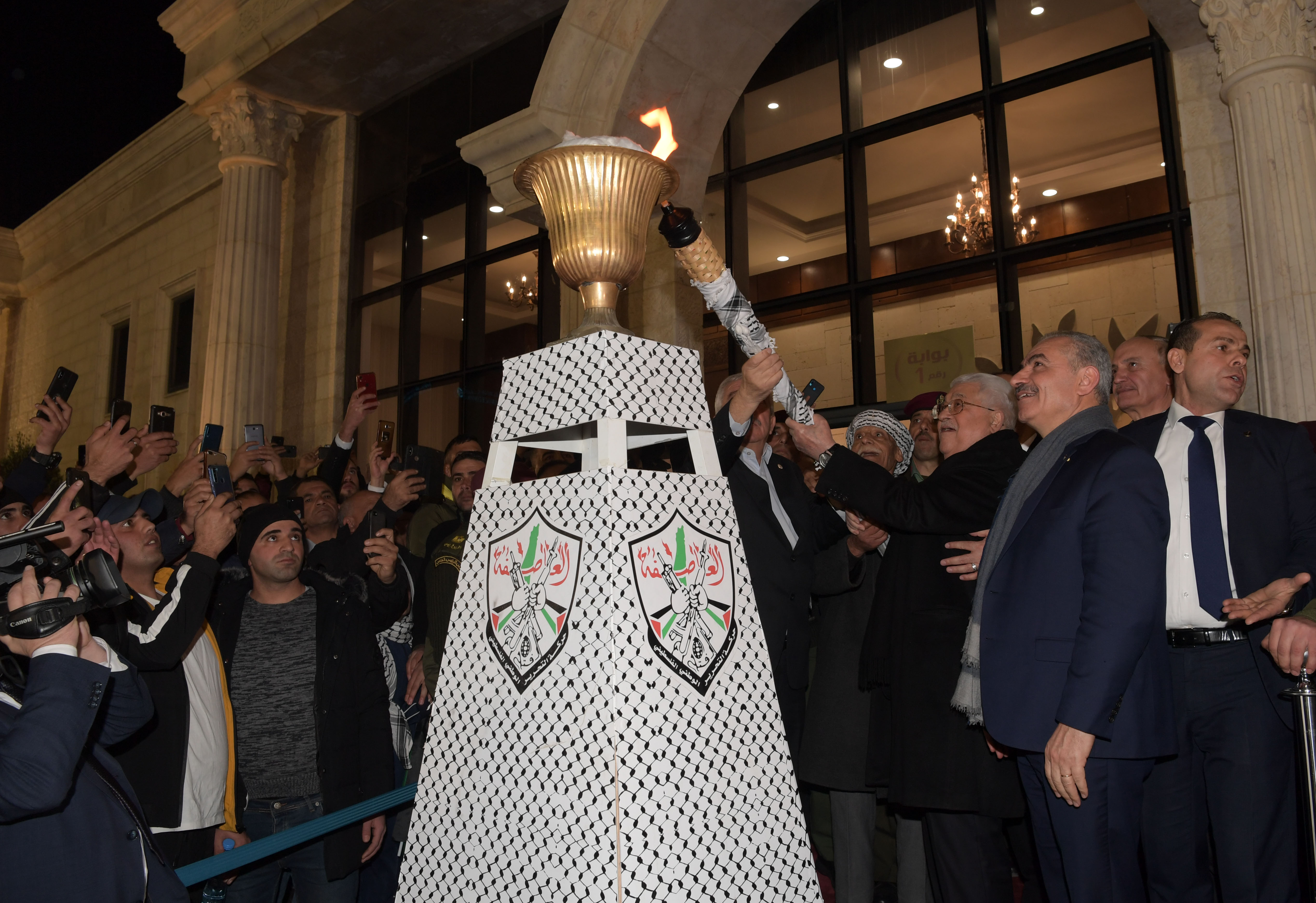 President Mahmoud Abbas lighting the torch for the 55th anniversary of the launch of the Palestinian revolution. (File photo)

RAMALLAH, Thursday, December 31, 2020 (WAFA) – Palestine marks tonight the 56th anniversary of the launch of the Palestinian resistance and national liberation movement against the Israeli occupation with the lighting of the torch in Ramallah, according to a senior leader.

Azzam al-Ahmad, member of the Executive Committee of the Palestine Liberation Organization (PLO) and Fatah Central Committee, told the official Voice of Palestine radio this morning that the lighting of the torch will take place at the grave of the late leader of the Palestinian resistance movement, Yasser Arafat, at the presidential headquarters in Ramallah in the presence of members of the PLO’s Executive Committee, Fatah’s Central Committee, and members of the Fatah Revolutionary Council.

The revolution restored the national identity and recognition of the State of Palestine by those who have denied the Palestinian existence, said al-Ahmad. It succeeded in thwarting all the conspiracies that were being schemed to liquidate the Palestinian issue, the latest of which was the so-called deal of the century.

Al-Ahmad said that the popular resistance, the steadfastness of Palestinian people in the various areas threatened by settlements, and their achievements affirm the continuation of this revolution by the means available to thwart all settlement projects on the road to the implementation of the United Nations resolutions and the Palestinian national project.

The first armed attack against Israel by Fatah was launched on January 1, 1965, ushering the start of the Palestinian revolution and resistance aimed at liberating Palestine and establishing the independent Palestinian state in the occupied territories.