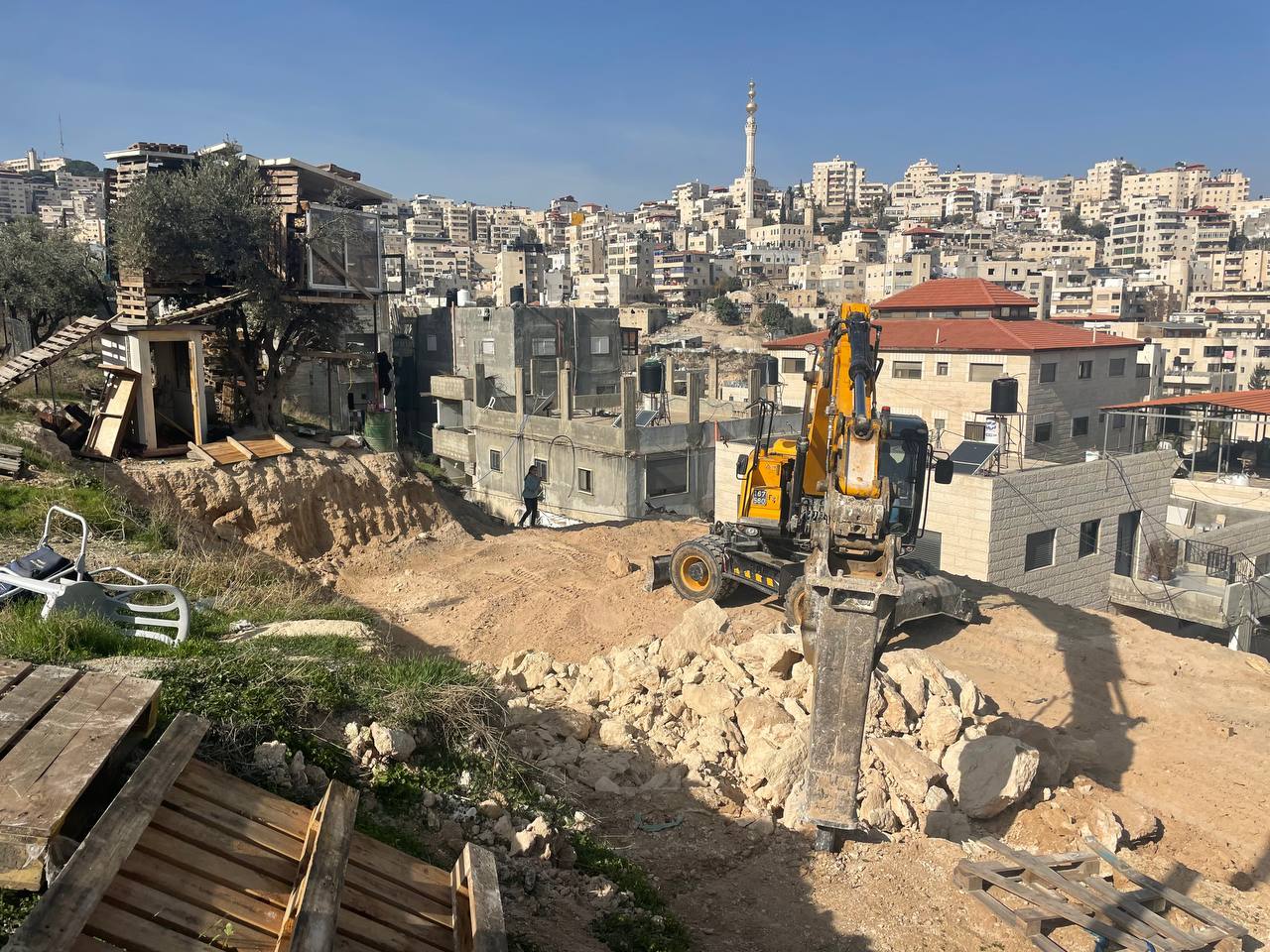 JERUSALEM, Saturday, December 31, 2022 (WAFA) – The Israeli municipality of West Jerusalem today forced a Palestinian family to self-demolish its own house in Wad al-Jozz neighborhood of occupied East Jerusalem under the pretext of building without a permit.

WAFA correspondent said the family decided to tear down its home to avoid paying exorbitant costs and fines if the municipality staff carried out the demolition.

Mustafa Aramin, the owner of the house, told WAFA that he and his brother Mohammad received a year ago a demotion order against their two-story house.

Aramin and his brother appealed the order in Israeli courts but their appeal was turned down.

Last week, he said, they were informed by the Israeli municipality to demolish their house before Sunday, otherwise, the municipality will carry out the demolition and force them to pay $25,000 in costs. As a result, he said, they found themselves forced to tear it down today and displace their families of nine people.