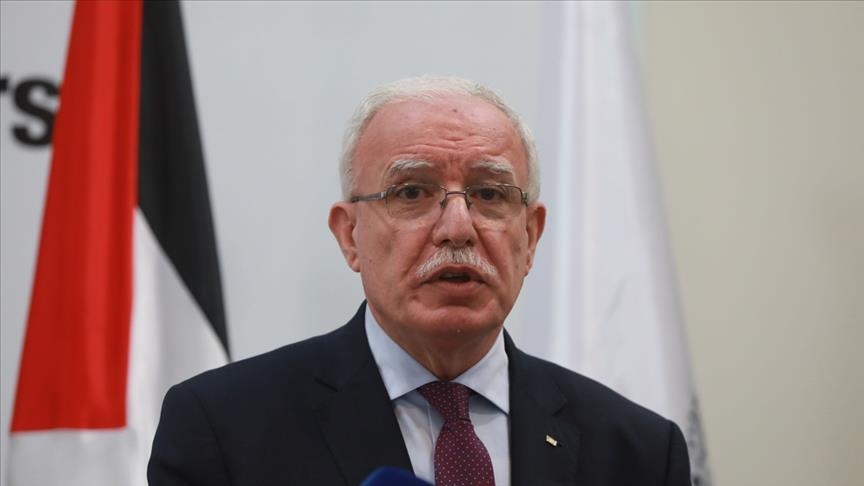 RAMALLAH, Saturday, March 12, 2022 (WAFA) –  Minister of Foreign Affairs and Expatriates Riyad Al-Maliki said today that the Palestinian leadership is considering the possibility of going to the UN Security Council to urge it to assume its responsibilities regarding the Israeli settlement enterprise, especially Resolution 2334 on Israeli settlements.

Al-Maliki told official Voice of Palestine radio that Palestine continues to draw the world’s attention at the levels of the UN Security Council, the General Assembly, the Human Rights Council and all the relevant institutions to the practices and violations of the Israeli occupation to press Israel to stop them.

He pointed out that the US through its channels is pressuring Israel to stop settlement construction in the occupied Palestinian territory, especially in occupied East Jerusalem.

“The escalation of settlement construction by the Israeli government is a very dangerous sign,” said the Foreign Minister, adding: “We have discussed this issue with to the US administration and the international community.”

With regard to the meeting of the Arab Ministerial Committee in charge of international action to confront illegal Israeli policies in occupied Jerusalem, Al-Maliki said: “The proposals made by the Palestinian side regarding the development of an Arab plan to save Jerusalem – by strengthening the Palestinian, Islamic, Christian and Arab presence in the city – were approved.”

He expressed his hope that this plan will also be approved at the meeting of the foreign ministers of the Organization of Islamic Cooperation in Pakistan in two weeks to confront Israel’s Judaization of Jerusalem.