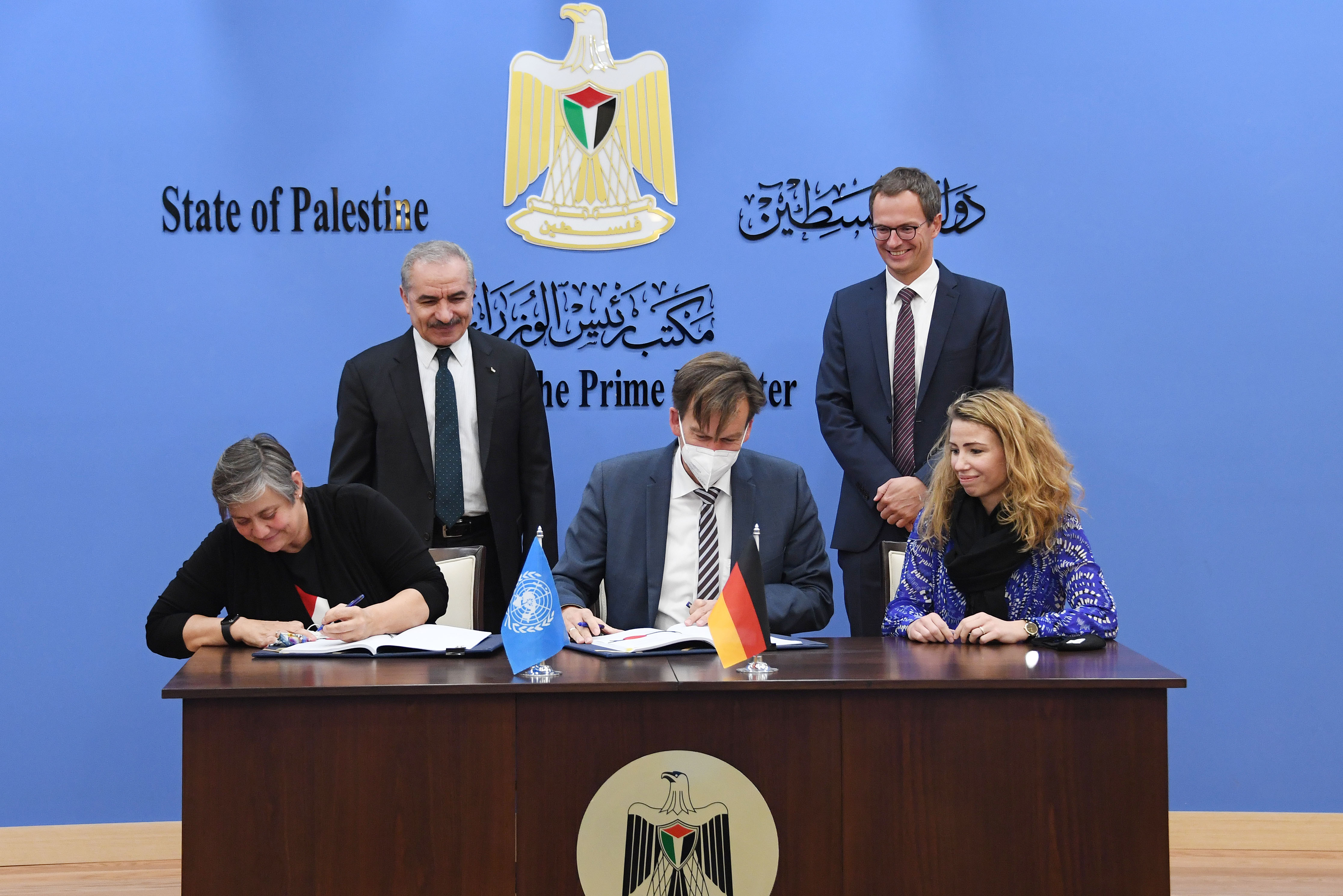 RAMALLAH, Tuesday, November 23, 2021 (WAFA) - Under the patronage and in the presence of Prime Minister Mohammad Shtayyeh, today the German Development Bank and the United Nations Development Program (UNDP) signed a €10 million agreement to support small infrastructure projects in villages, towns, communities and cities.

"This agreement is intended to support the Palestinian people through UNDP in a number of villages, towns, communities and cities to implement small infrastructure projects in various fields, whether it is in education, health, roads, environment, agricultural roads and others. In general, it is expected to meet the needs of the priorities of the targeted areas,” said Prime Minister Shtayyeh following the signing of the agreement.

Shtayyeh thanked Germany, its taxpayers, the German government, and the German Development Bank, the provider of the financial grant, and the United Nations Development Program, the implementing party, for their cooperation in meeting the needs of the Palestinian people.

"For us, these projects constitute a lever for the economy in order to strengthen the resilience of our people and provide them with a better service, on the one hand, and on the other, to achieve the political goal we aspire for related to ending the occupation and establishing our independent Palestinian state," he said.