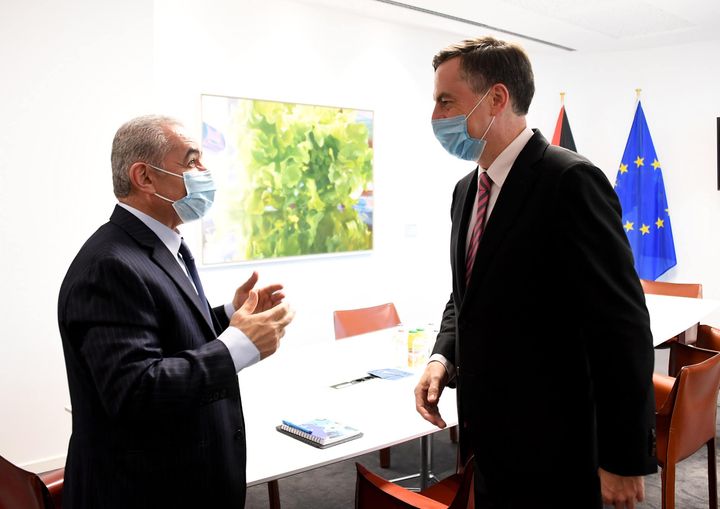 Prime Minister Shtayyeh made his call during a meeting with David McAllister, the Chair of the European Parliament Foreign Affairs Committee, in Brussels.

During the meeting, the Prime Minister called on Europe to fill the current political vacuum through a peace initiative in partnership with the Quartet to end the occupation towards the embodiment of an independent and sovereign State of Palestine.

He stressed that Israel's continued rejection of the two-state solution.