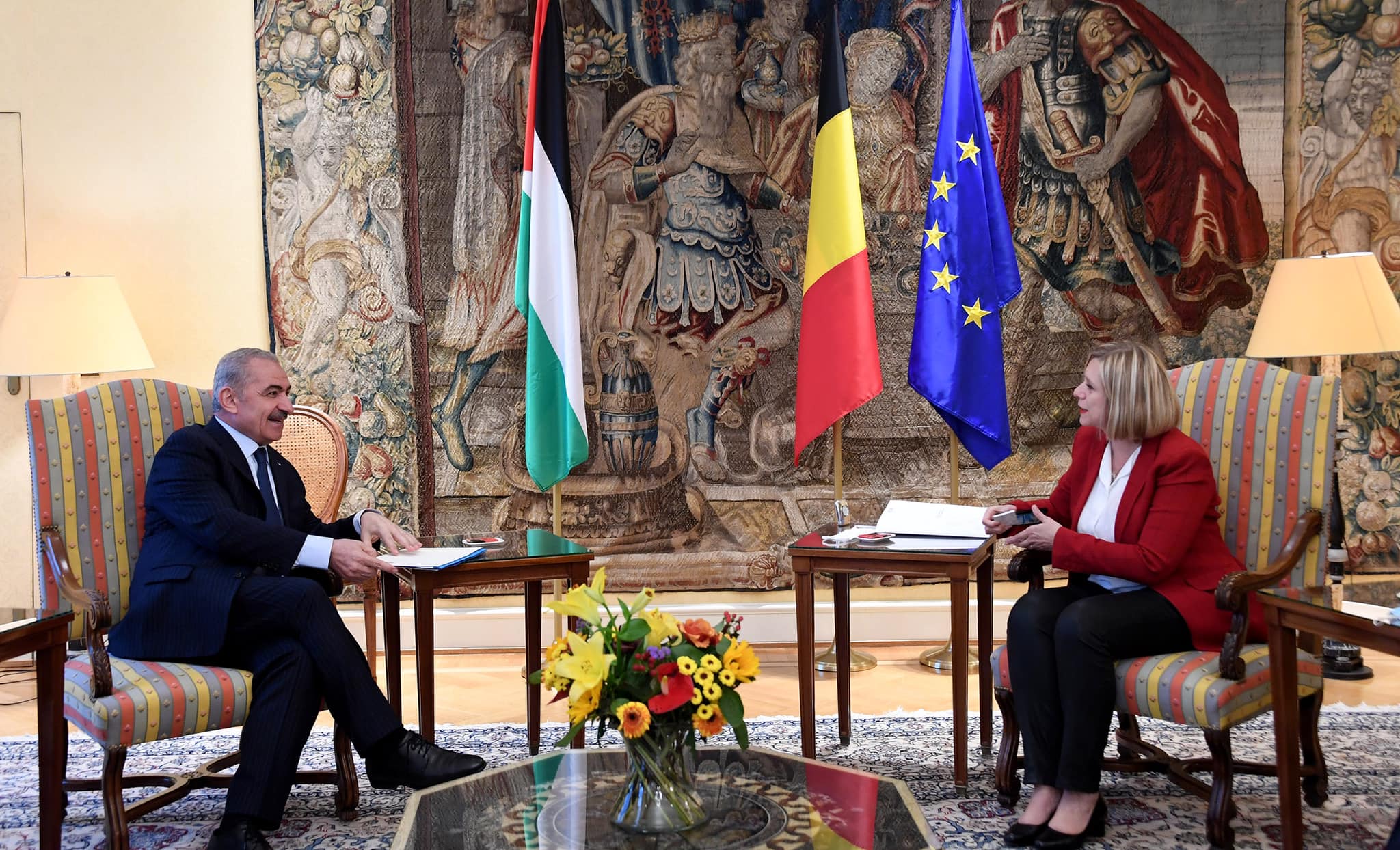 Prime Minister Shtayyeh renewed his call for Belgium to recognize the State of Palestine while stressing the importance of protecting the two-state solution amidst continued Israeli policies that aim to destroy every opportunity towards the embodiment of an independent and sovereign State of Palestine.

The Prime Minister briefed Tello on the ongoing Israeli violations against the Palestinian people, including land expropriation, house demolitions, water theft, settler terror, the continuation of the siege imposed on the Gaza Strip, and the disruption of the Gaza reconstruction process, in addition to preventing the holding of elections in occupied Jerusalem.