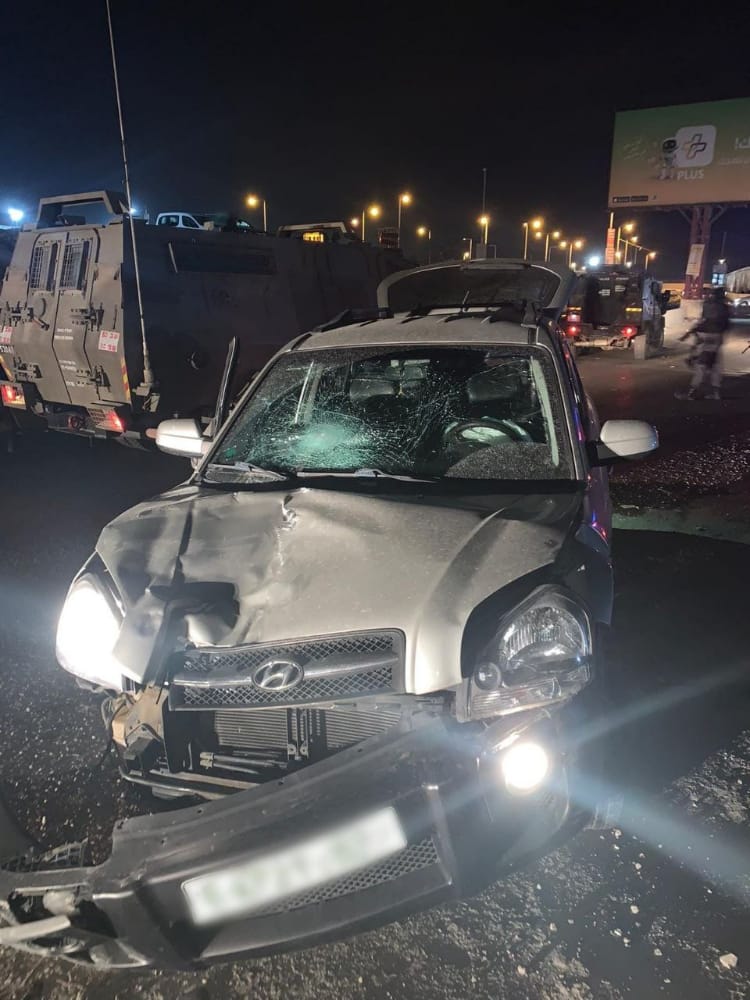 The Palestinian-owned car after soldiers opened fire at it near Qalandia checkpoint.

JERUSALEM, Thursday, October 14, 2021 (WAFA) – Israeli forces after midnight opened fire at a Palestinian-owned vehicle near Qalandia checkpoint, north of Jerusalem, before detaining its driver, according to local sources.

They said that soldiers shot live bullets at the car while passing on a road on the West Bank side of the checkpoint located between Ramallah and Jerusalem, and arrested its driver.

The Israeli forces closed the area and prevented people from passing, amidst military reinforcements.

Israeli reports claimed the car ran over a soldier, who was injured, before opening fire at it.

The driver is reportedly 22 years of age and from the northern West Bank city of Qalqilya.

Early this morning, the Israeli authorities demolished around 30 shacks and a gas station owned by Palestinians on the West Bank side of the Qalandia military checkpoint.