OCHA: In August, Israel displaced 100 Palestinians from their homes in East Jerusalem, the highest number so far this year 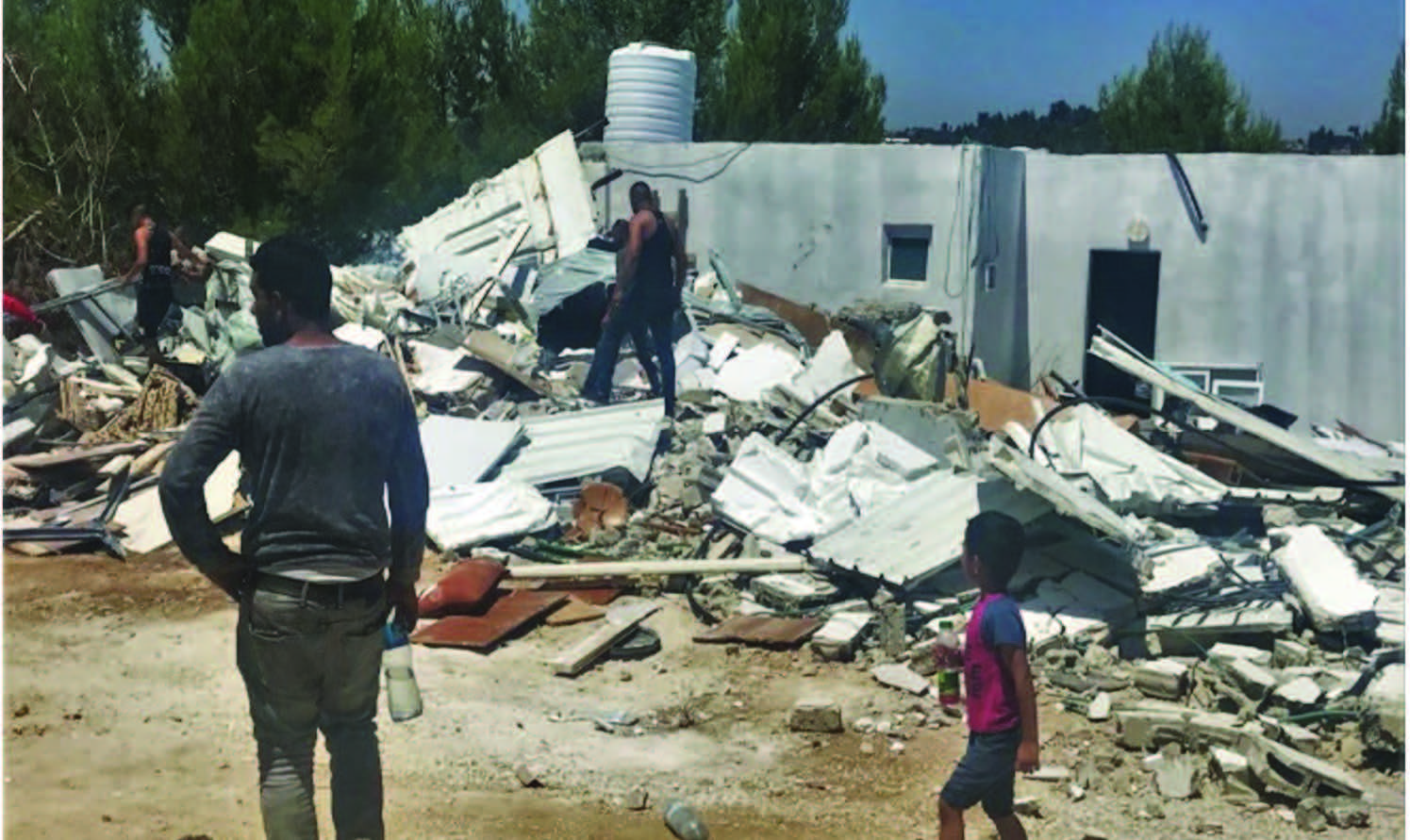 Home demolished by the Israeli occupation authorities in East Jerusalem on 30 August. (Photo by OCHA)

JERUSALEM, Saturday, October 02, 2021 (WAFA) - In occupied East Jerusalem, nearly 100 Palestinians were displaced from their homes in August, recording the highest number of displacement in one month in East Jerusalem this year, according to the monthly report on Israeli demolitions and displacement published by the United Nations Office for the Coordination of Humanitarian Affairs (OCHA) in the occupied Palestinian territory.

It said 26 homes were either demolished by Israel or their owners under the pretext they were built without a permit, which is very difficult to get for Palestinians in the occupied section of the city. Owners are forced to demolish their homes to avoid paying very high costs for the Israeli municipality of West Jerusalem if it carries out the demolition itself. Of the 53 homes demolished since the beginning of the year, 38 were demolished by their owners to avoid financial penalties and/or imprisonment, said OCHA.

In one such incident, a one-story building was demolished by its owners, displacing four families (15 people), in the Shufat neighborhood of East Jerusalem. This followed a final decision by the Israeli High Court, which ruled that Israeli settlers owned the land, and giving the families 20 days to leave. The Palestinian owners say they bought the land in 1952.

In the part of al Walaja village in the Bethlehem area, which falls under the jurisdiction of the Jerusalem Municipality, two houses were demolished in August, raising concerns over possible imminent mass demolitions in the area.

According to an OCHA field assessment conducted in August in this part of the community, 36 inhabited residential structures where 47 families reside, and nine other uninhabited structures, have pending demolition orders, mostly issued after 2015. A legal injunction has been issued which prohibits the demolition of 34 of the structures during this process, which is scheduled to be reviewed by the Israeli High Court in October.

Over all in August, the Israeli occupation authorities demolished, forced people to demolish, or seized 118 Palestinian-owned structures across the West Bank, including the 26 in East Jerusalem, making the month August the third-highest monthly number of Palestinian structures demolished by Israel so far in 2021, according to the UN agency.

This resulted in the displacement of 191 people, including 116 children, and affected the livelihoods, or access to services, of nearly 1,400 others. All the structures were targeted due to the lack of building permits, which are nearly impossible for Palestinians to obtain in Area C of the occupied West Bank, which is under full Israeli military rule, and East Jerusalem, said OCHA.

In 2021, 311 structures, or 57 percent of all structures targeted in Area C have been seized without, or with very short, prior notice, utilizing various military orders, effectively preventing the affected people from objecting in advance.

Twenty-three of the demolished or seized structures in August had been provided as humanitarian aid. Four other EU-funded residential structures, at a value of about 8,000 Euros, received stop-work orders.

About 80 percent of the people displaced in Area C were in the Jordan Valley, including 75 in Ibziq, al Mu’arrajat and Humsa-al Farsheh herding communities. The leveling of segments of agricultural roads in Khirbet Atuf community, also in the Jordan Valley, and Battir village in Bethlehem rendered hundreds of dunums of land largely inaccessible, undermining the livelihoods of over 800 people, including farmers and their families.

Also in Area C, 12 structures were demolished on the basis of Military Order 1797, which provides only a 96-hour notice and very limited grounds for legally challenging a demolition.