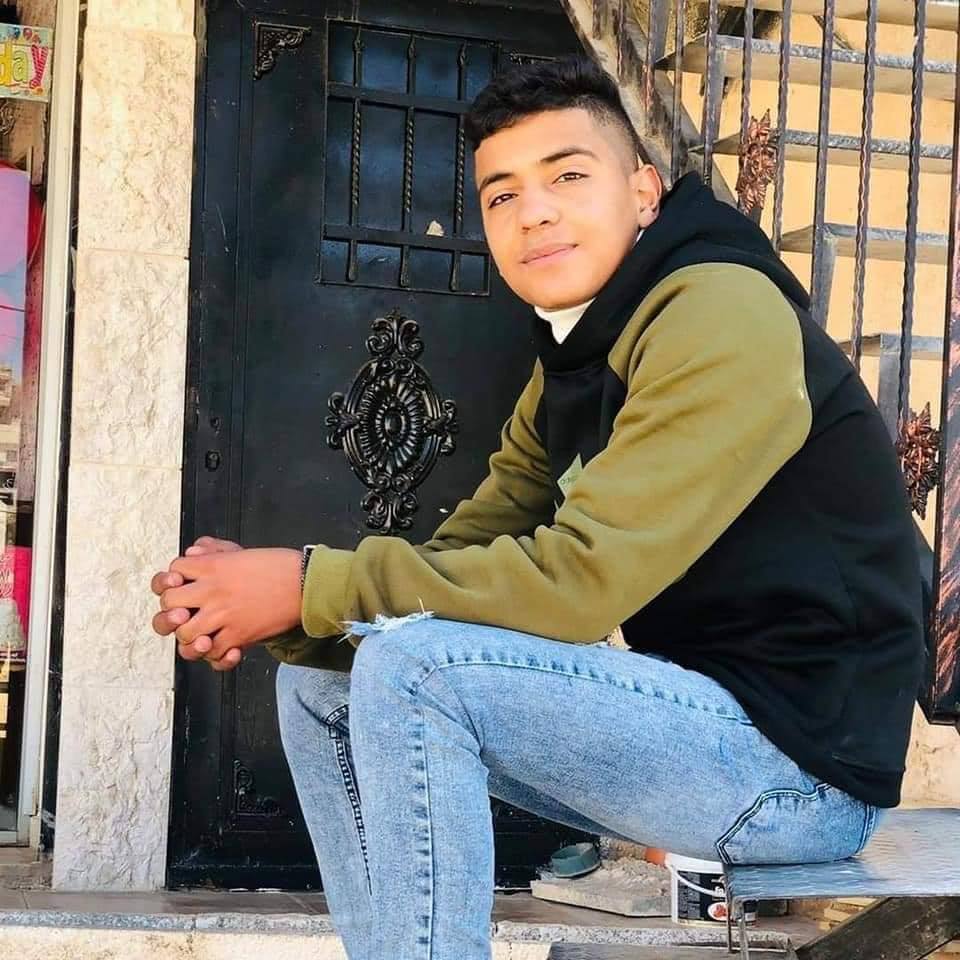 Mohamamd Saeed Hamayel, 15, has been shot dead by the Israeli occupation forces in the village of Beita, to the south of Nablus in the occupied West Bank.

NABLUS, Friday, June 11, 2021 (WAFA) – A 15-year-old Palestinian boy has been shot dead by the Israeli occupation forces in the village of Beita, to the south of Nablus in the occupied West Bank, during a public protest against Israel’s construction of a colonial settlement outpost near the village.

The Palestinian Red Crescent (PRC) said Israeli occupation soldiers opened gunfire at the protesters, killing Mohamamd Saeed Hamayel, 15, and injuring many others. Other protesters suffocated from teargas fired at them by the army.

Hamayel is the third Palestinian in Beita to be killed by Israeli gunfire in less than one month.

Citizens in Beita have been demonstrating every Friday against the takeover of their land on Mount Sabih by Israeli settlers, who are currently building an illegal settlement and threatening the livelihoods of at least 17 Palestinian families who depend on harvesting their olives on land they have owned for generations.

Some 475,000 Israeli settlers live in the occupied West Bank in violation of international law.