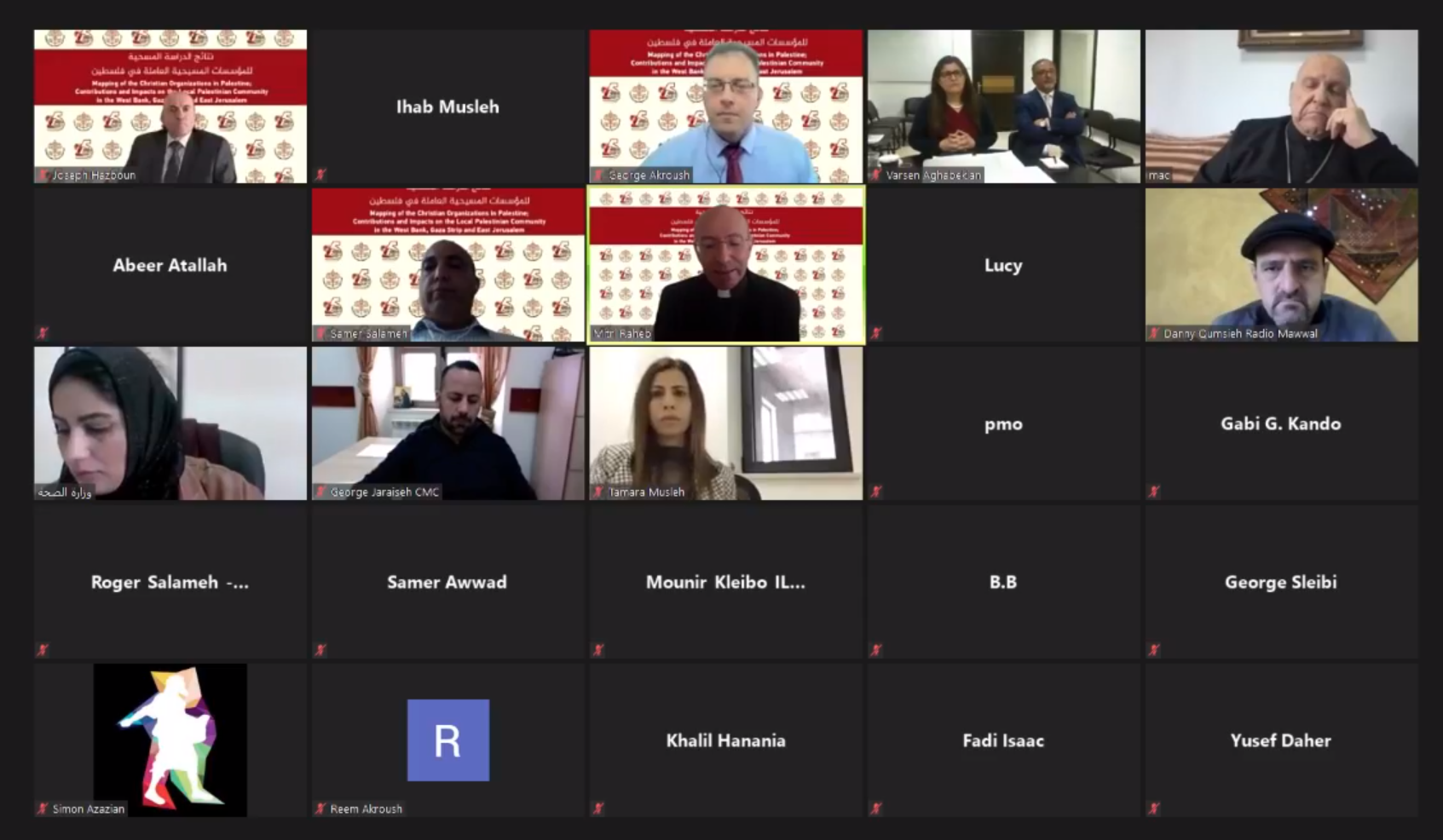 RAMALLAH, Tuesday, March 16, 2021 (WAFA) – Palestinian Christians continue to have a vivid and strong presence in Palestine despite their small number, a new study maintains.

The findings of the study, titled Mapping of the Christian Organizations in Palestine: Contribution and Impacts on the Local Palestinian Community in the West Bank, Gaza Strip and East Jerusalem, were announced during a press conference organized by the Bethlehem-based Dar al-Kalima University College of Arts and Culture (Dar al-Kalima) in cooperation with the Catholic Near East Welfare Association (CNEWA).

Dar al-Kalima and CNEWA, who commissioned the study, said: “Despite the chronic socioeconomic and political challenges, a large number of church related organizations (CROs) continue to play major developmental and humanitarian roles in serving the Palestinian people at large” and have a “crucial impact on the local Palestinian society across all sectors.”

The study has proven that “in spite of their dwindling size in comparison to communities of other faiths, the Christian developmental and humanitarian work has continued to flourish by extending its support to local residents with various backgrounds and in every aspect of life.”

It revealed that the vast majority of the CROs’ beneficiaries are non-Christians, exceeding 90% of their recipients across the West Bank, Gaza Strip and East Jerusalem.

“At present, 93 schools, universities, and vocational centers, 19 health care facilities, 47 social protection institutions, 77 cultural and tourism centers, 38 youth and scouts’ centers, one environmental center, and 21 local and international development agencies deliver a variety of services to hundreds of thousands of Palestinians as part of its Christian identity and culture,” it elaborated.

The CROs, as shown in the study, invest an outstanding figure of USD $416 million on a yearly basis across vital sectors such as health care, education, social services, vocational training, and development assistance interventions.

Regarding overall number of targeted beneficiaries, the CROs having been providing services to approximately 37 percent of the Palestinian population in the West Bank, Gaza Strip and East Jerusalem.

The study established that “the services of the CROs touches the lives of over 1,900,000 Palestinians each year. For instance, four out of six specialized hospitals (67%) in Jerusalem are affiliated with Churches; treating over 330,000 patients each year and providing quality care for pediatric kidney dialysis, pediatric cancer services, complicated cardiac operations, special maternal health, eye care blood bank, and other sophisticated services for people with disabilities.”