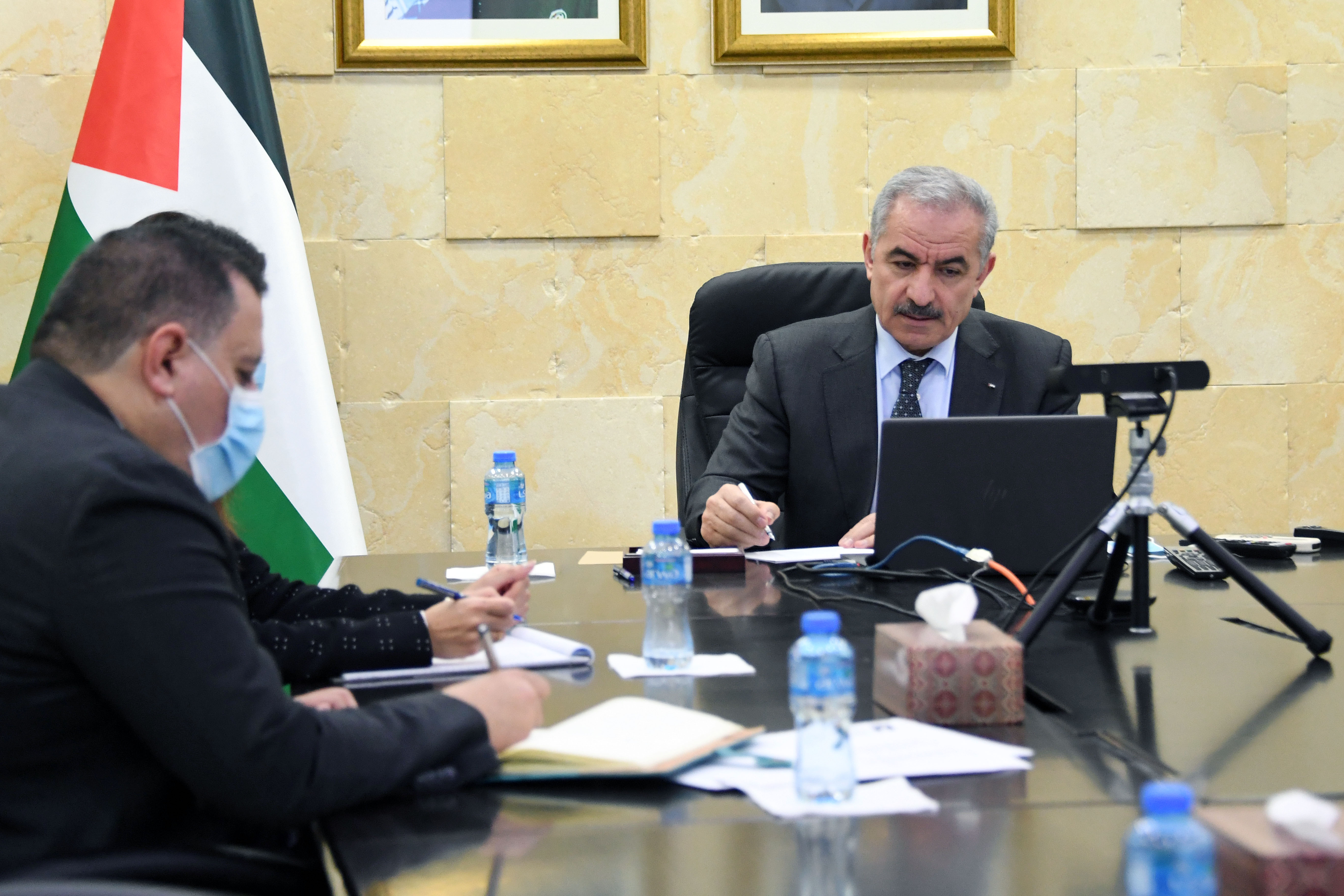 During the meeting, the Prime Minister stressed the importance of supporting a political track based on international legitimacy, reviving the peace process based on the principle of a two-state solution, and supporting President Mahmoud Abbas' call for an international peace conference.

“The Munich formula track is a path supportive of the International Quartet, and it occurred in an important circumstance to counter the annexation and the deal of the century," said the Prime Minister.

Shtayyeh reviewed the contacts with the new US administration and the Palestinian call to restore relations with the United States to what it was on prior to the administration of former President Trump and to make the relationship with the US administration bilateral and separate from the relationship with Israel, in addition to the restoration of US aid provided to Palestine and the United Nations Relief and Works Agency for Palestine refugees (UNRWA), and the reopening of the diplomatic missions that were closed whether in Washington or East Jerusalem, describing the contacts as positive and charting an important course in the bilateral relationship between Palestine and the United States.

The Prime Minister briefed the German Minister of State on the efforts to hold the Palestinian elections and the Palestinian dialogue between the various factions that will be held next week in Cairo in order to ensure the success of the elections, calling for sending observers to monitor the electoral process.

Shtayyeh also briefed Annen on the government's efforts to fight the spread of coronavirus, in addition to efforts to bring vaccines from various sources to start a national vaccination campaign.