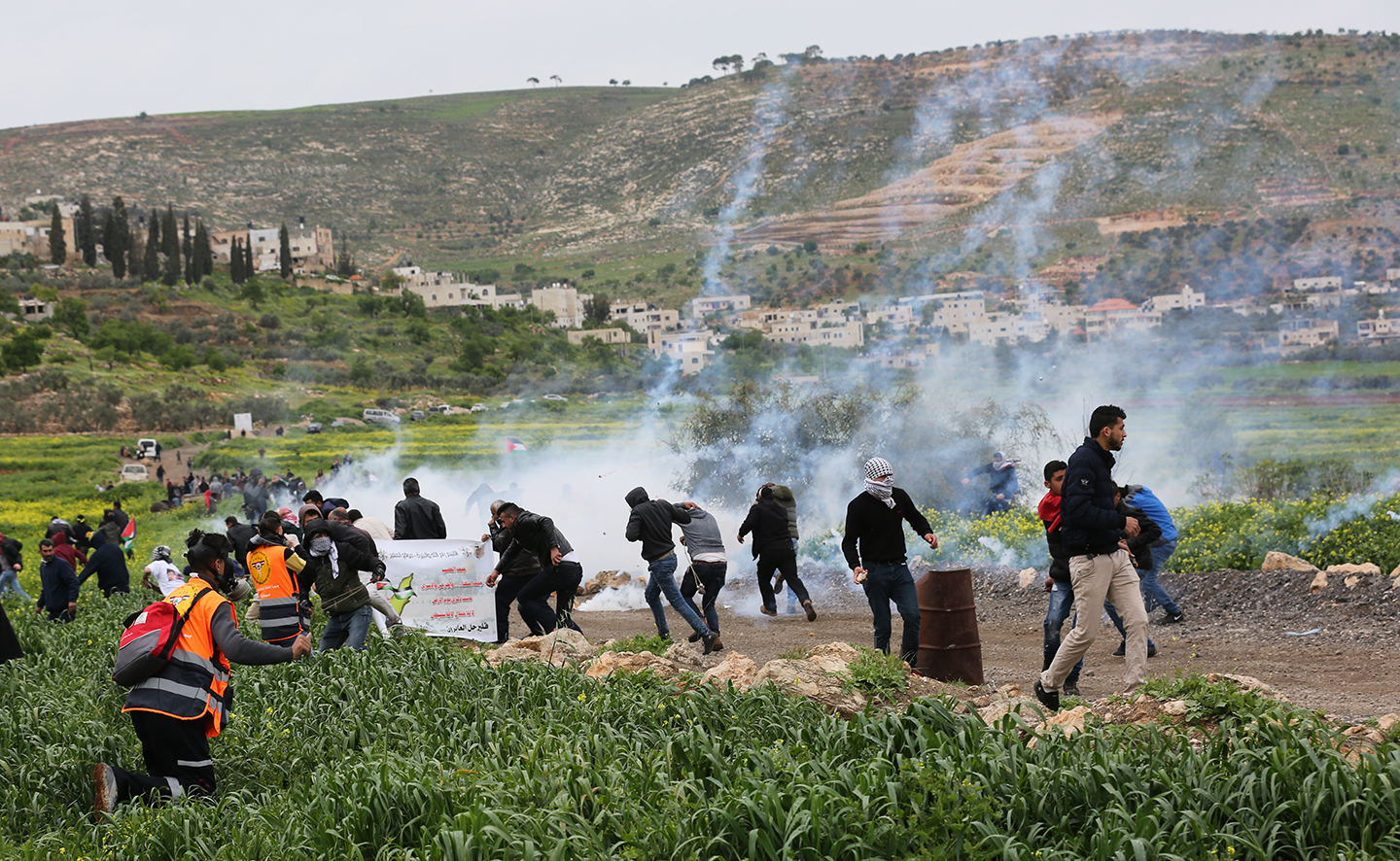 RAMALLAH, Friday, December 25, 2020 (WAFA) – At least one Palestinian protester was injured by rubber-coated rounds and others sustained suffocation from teargas today, as Israeli occupation forces assaulted hundreds of protesters taking part in a nonviolent event in the village of Deir Jarir, northeast of Ramallah, against Israel's plan to build a new settlement outpost in the area, said witnesses.

Soldiers fired live bullets, rubber-coated rounds and teargas canisters at the protesters to disperse them, injuring the village's mayor, Ayman Alawi, by a rubber-coated round in his head. Others sustained suffocation from teargas inhalation.

The wounded, including the village's mayor, were treated at the scene of the event by local medics.

Last Wednesday, Israeli settlers set up a tent and embarked on digging and construction works in the area in a prelude to establish a new colonial settlement outpost on Palestinian land.

The area has been a site of recurrent attacks by Israeli occupation forces and colonial settlers over the past few months. Almost every week, Palestinians engage in nonviolent events protesting Israeli plans to confiscate large tracts of their land for the benefit of the colonial settlement enterprise.