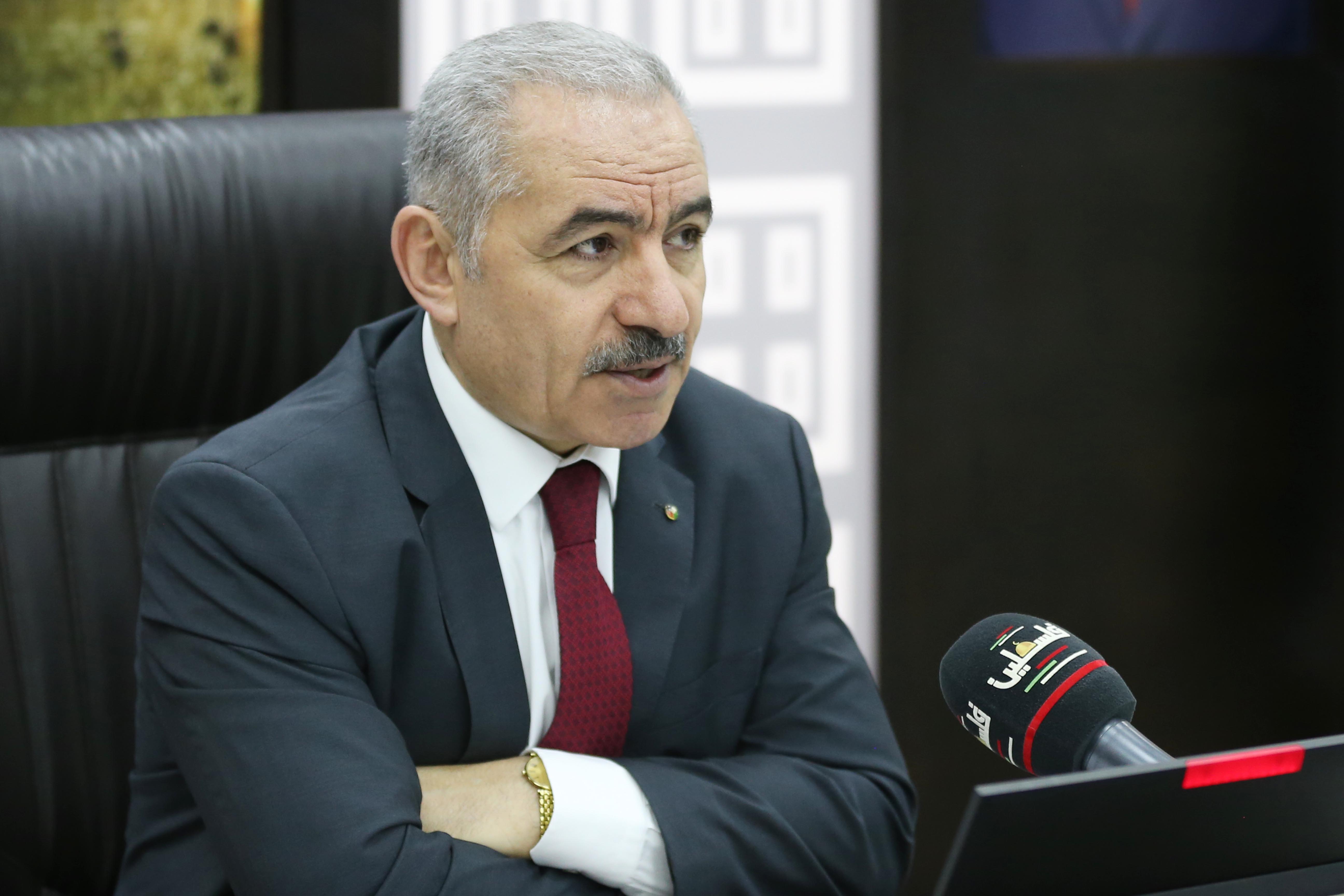 The Israeli settlements in the occupied Palestinian territories are the enemy of peace, he said at the start of the weekly cabinet meeting held in Ramallah. “The Israeli occupation government must stop its colonial plans and stop seizing our lands and building thousands of settlement units,” said Shtayyeh

The number of settlers in the Palestinian territories, including Jerusalem, has now reached more than 750,000, and they constitute 25% of the total population of the West Bank, he said, adding that “it is time for Israel to choose between the two-state solution or becoming a demographic melting pot,” noting that for the first time since 1948, the Palestinians in historical Palestine have outnumbered the Israeli Jews by more than 250,000 people.

The Prime Minister called on the European countries and the rest of the world to take a step towards breaking the status quo and recognize the state of Palestine in order to force Israel to stop its settlement plans, annexation, demolishing homes, Judaizing Jerusalem, and isolating Gaza.

“The world is required to stand with the freedom of our people, end the occupation, and get Israel to pay the price for its continuous aggression against our people,” he said.