Responding to Israeli premier: Continuation of occupation is the cause of instability, says presidential spokesman 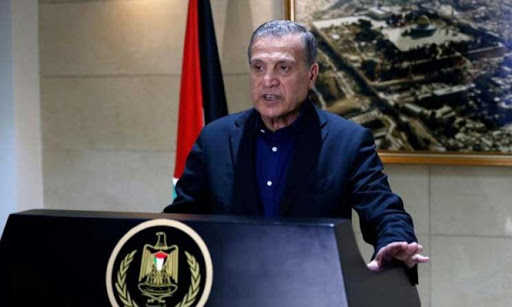 RAMALLAH, Tuesday, October 25, 2022 (WAFA) - Palestinian Presidential spokesman Nabil Abu Rudeineh today said, in response to statements by Israel’s premier Yair Lapid, in which he said that “President Mahmoud Abbas must have control on the ground if he wants stability in his authority,” that the instability is due to the continuing dangerous escalation by the Israeli occupation forces and extremist settlers.

“The continuation of the killings, the storming of holy sites in Jerusalem and Hebron, and the unilateral measures taken by the Israeli occupation authorities are pushing the situation to the abyss,” said Abu Rudeineh in a statement. “Therefore, Israel must stop this escalation and the US administration must intervene and compel Israel to do so.”

Abu Rudeineh said the Israeli escalation, which led to the killing of six people in the last hours and the injury of more than 40 civilians, is what led to destabilization, whether what happened in Jenin or the siege of Nablus, stressing that the stability and security of the region depend on adherence to the international legitimacy and not to resort to unilateral measures.

The presidential spokesman stressed that there is no peace without Jerusalem and its holy sites, and no security or stability without the consent of the Palestinian people and their leadership, and that without ending the occupation and the establishment of an independent Palestinian state with East Jerusalem and its holy places as its capital, President Abbas and the Palestinian people will not accept any solution at all, regardless of the pressures and challenges.