In the presence of the President and Prime Minister of Malaysia: Signing of 4 cooperation agreements between Palestine and Malaysia 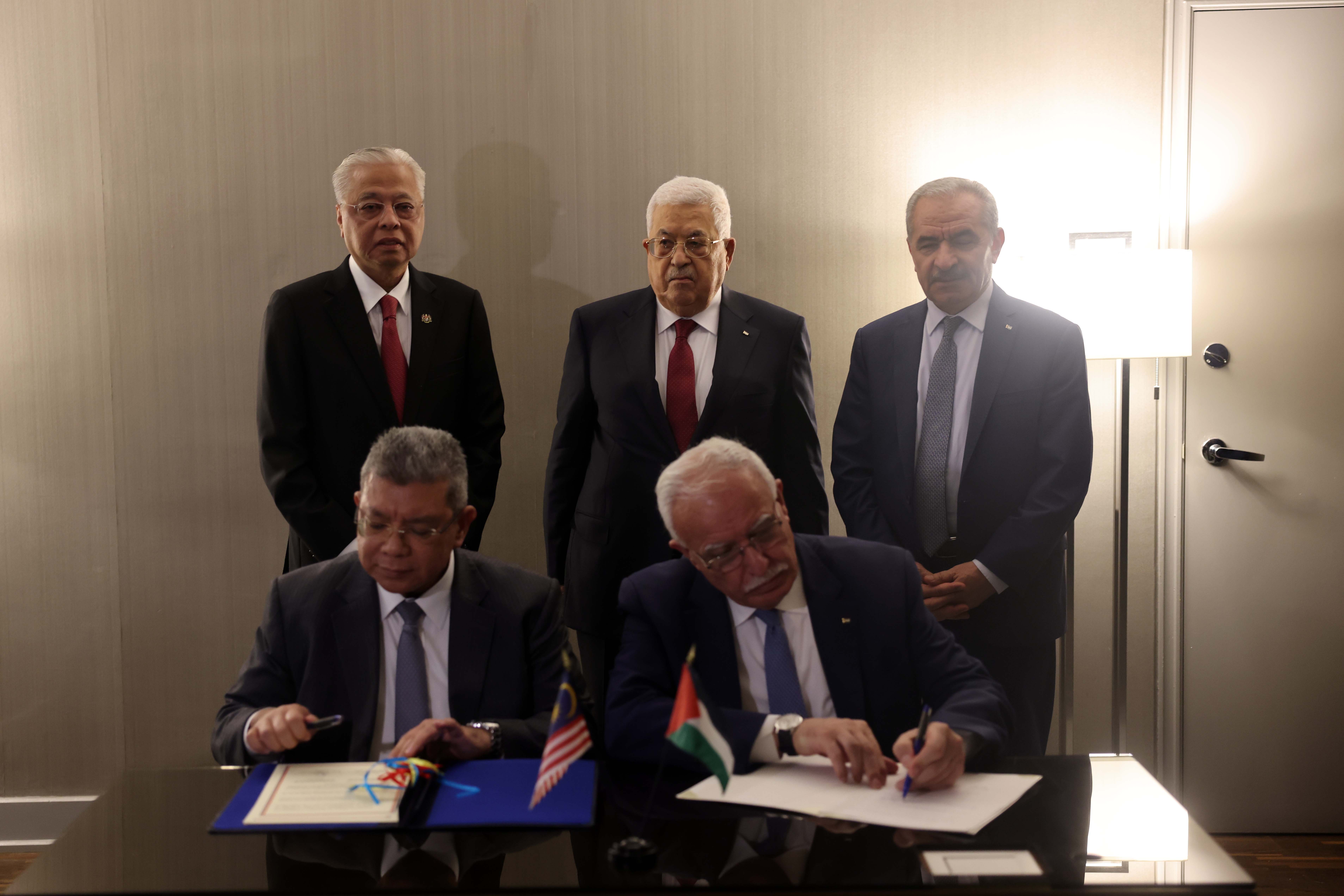 Signing of agreements between Palestine and Malaysia. (WAFA Images)

The four agreements are in the fields of: health, Islamic affairs, tourism, and joint bilateral cooperation.

The signing of the agreements was attended, along with the President and the Malaysian Prime Minister, the joint committee between the two countries, Prime Minister Mohammad Shtayyeh, and the Permanent Representative of Palestine to the United Nations Riyad Mansour.