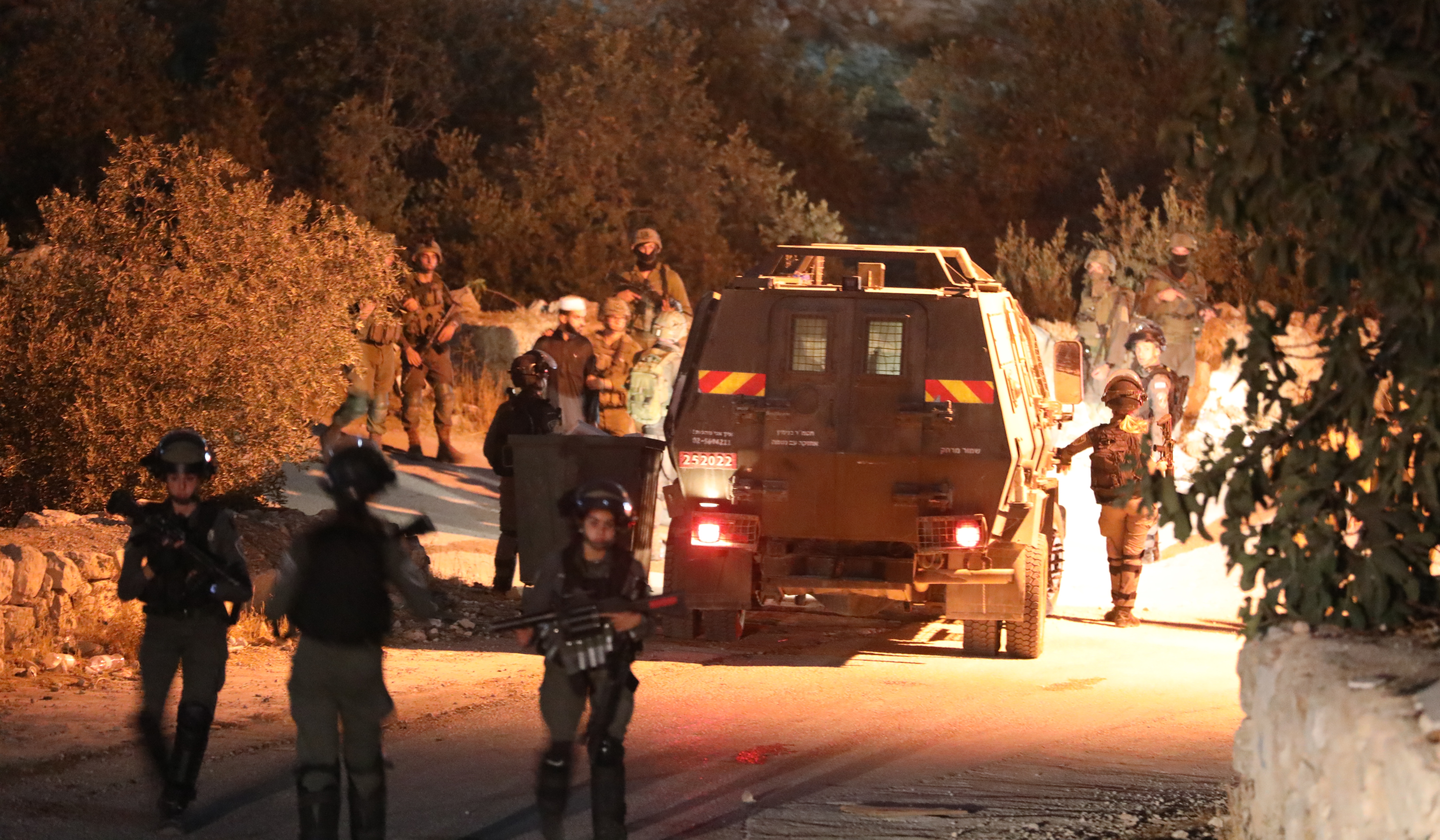 BETHLEHEM, Sunday, September 18, 2022 (WAFA) – A young Palestinian man was injured by live bullets last night during an Israeli army raid on the village of Husan, near the city of Bethlehem in the southern West Bank, according to Palestinian security sources.

They told WAFA that an Israeli army force stormed the village after midnight, sparking confrontations with local Palestinian protesters, during which a young Palestinian man was injured by live bullets in his thigh bone. He was rushed to hospital for medical treatment.

No arrests by the attacking forces were reported in the village.