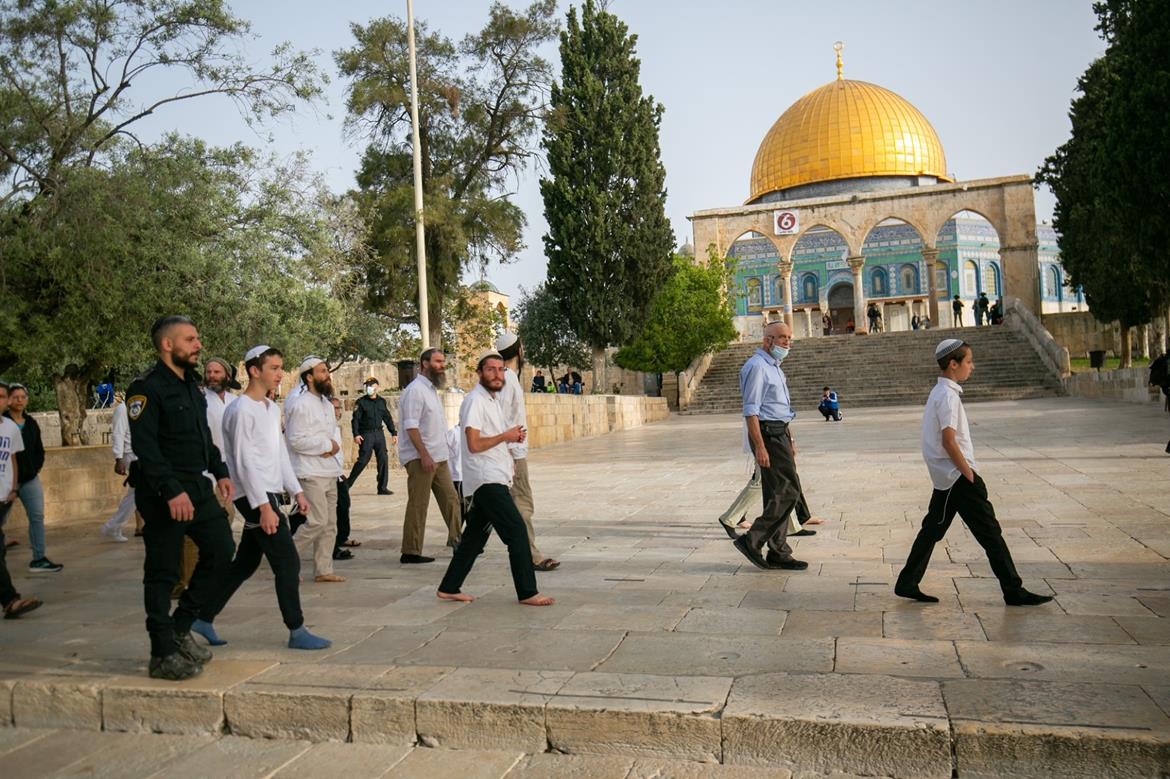 JERUSALEM, Sunday, September 4, 2022 (WAFA) – Scores of Israeli settlers escorted by police today broke into the Al-Aqsa Mosque compound in occupied Jerusalem and performed rituals in its courtyards, according to witnesses.

The Jordan-run Islamic Waqf Department, in charge of the holy site, said scores of Israeli settlers entered the compound through the Moroccan Gate in groups and performed rituals and Talmudic prayers there under the protection of Israeli police officers.

The Islamic Waqf has repeatedly described the settlers' presence in Al-Aqsa Mosque as provocative, saying that Palestinian worshippers and guards at Al-Aqsa feel uncomfortable with the presence of Israeli police and settlers touring the Islamic holy site.