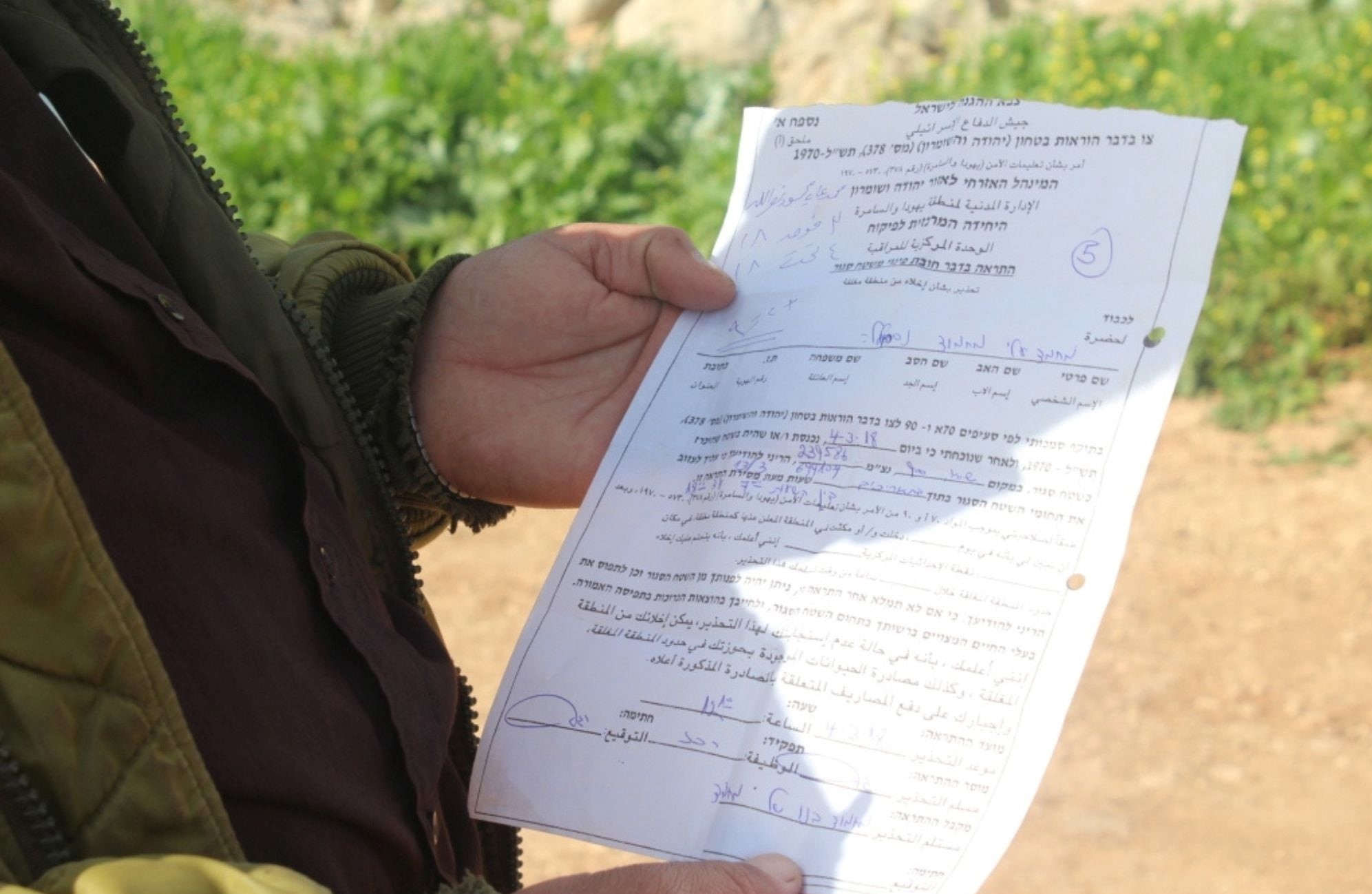 HEBRON, Sunday, July 3, 2022 (WAFA) – Israeli occupation forces Sunday issued an order to halt the construction of two Palestinian-owned houses in an area east of the town of Yatta, to the south of the occupied West Bank city of Hebron, local sources said.

Rateb al-Jabour, a local Palestinian activist, told WAFA that the Israeli forces handed Ahmad Kaa'abnah ordering him to stop the construction of extensions to his house, located in the area of al-Abadiya, east of Yatta.

The house has an area of120 squarmeters of space and is inhabited by 10 people.

Additionally, the forces also notified Mohammad Kaa'abnah of halting the construction on extensions to his house in the area of al-Kharoo'a. The house is 140 squaremeters of space and is also inhabited by 10 people.