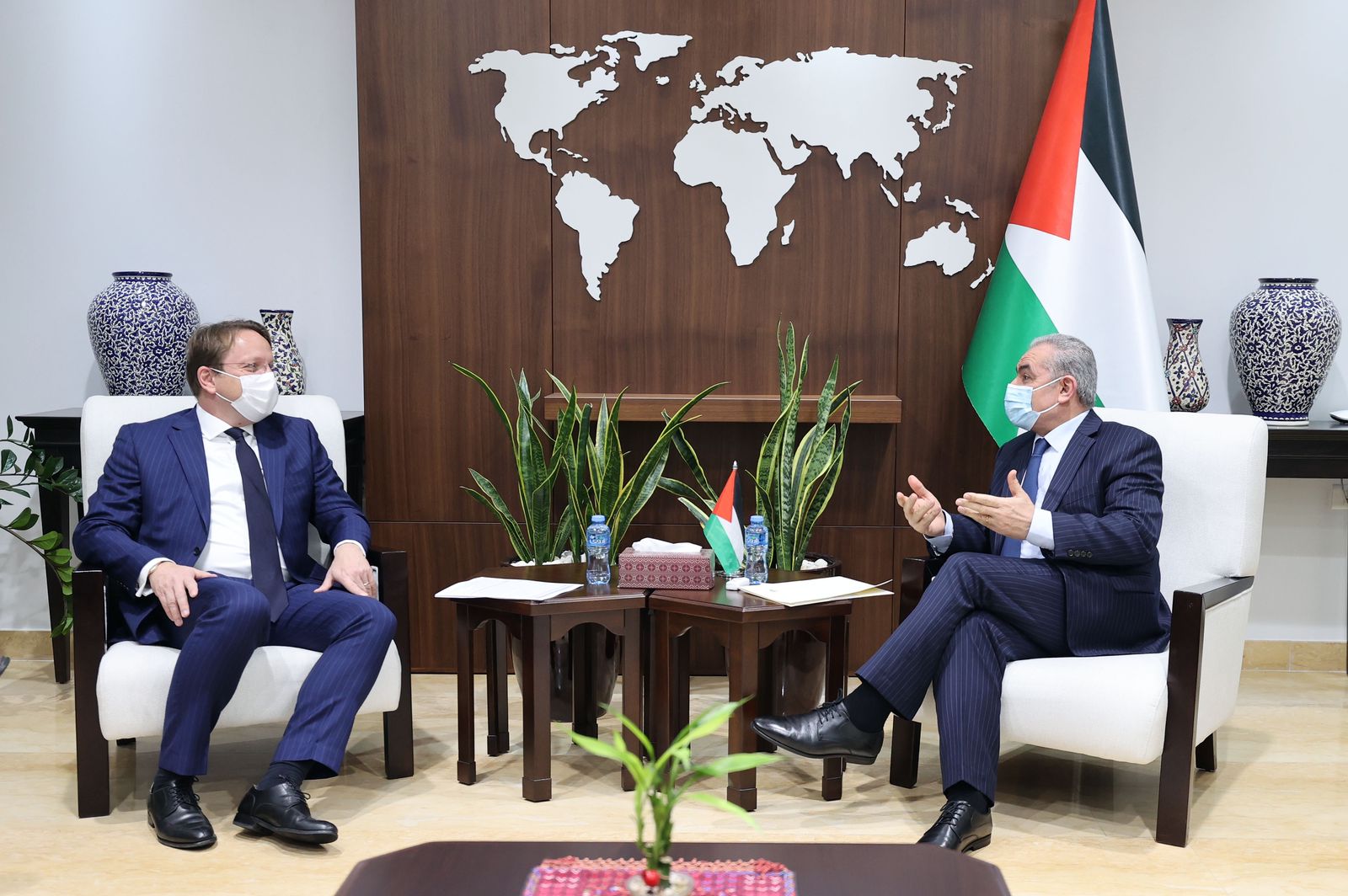 RAMALLAH, Thursday, March 24, 2022 (WAFA) – In a meeting at his Ramallah office today with the European Union’s Commissioner for Neighborhood and Enlargement, Oliver Varhelyi, Prime Minister Mohammad Shtayyeh stressed that his government rejects any conditions placed on European financial support for Palestine.

"We refuse putting conditions on European aid,” Shtayyeh told Varhelyi. “We want to maintain a true partnership based on respect and cooperation, not conditions."

He stressed the importance of European financial support at this particular time as Palestine is being affected by international developments that had an impact on prices, in addition to “the unjust Israeli deductions from our funds.”

The Prime Minister said the delay in European budget support for the past months had a negative impact on the ability of his government to meet its obligations towards the underprivileged families that receive social benefits, as well as on the salaries of the public employees and the work of the various institutions.

The Prime Minister nevertheless thanked the European Union for its continued political and financial support, saying, "Europe has been and remains a partner and friend of the Palestinian people and a key supporter for decades."

Shtayyeh discussed with his guest bilateral cooperation as well as ways to facilitate the implementation of the main projects of the European Union in the Gaza Strip, such as the Gaza water desalination plant and provision of gas.

They also discussed the upcoming donors' meeting scheduled to be held in Brussels and the importance of the meeting focusing on raising funds for Palestine in light of the financial crisis facing the government that makes it unable to fulfill its obligations.

The Prime Minister also briefed the European Commissioner on the latest political developments and Israel's measures, such as settlement expansion and land seizure, among others, that kill any chance for establishing a Palestinian state, stressing the need to work on creating a serious political track to salvage the two-state solution, end the occupation, and establish the independent Palestinian state.