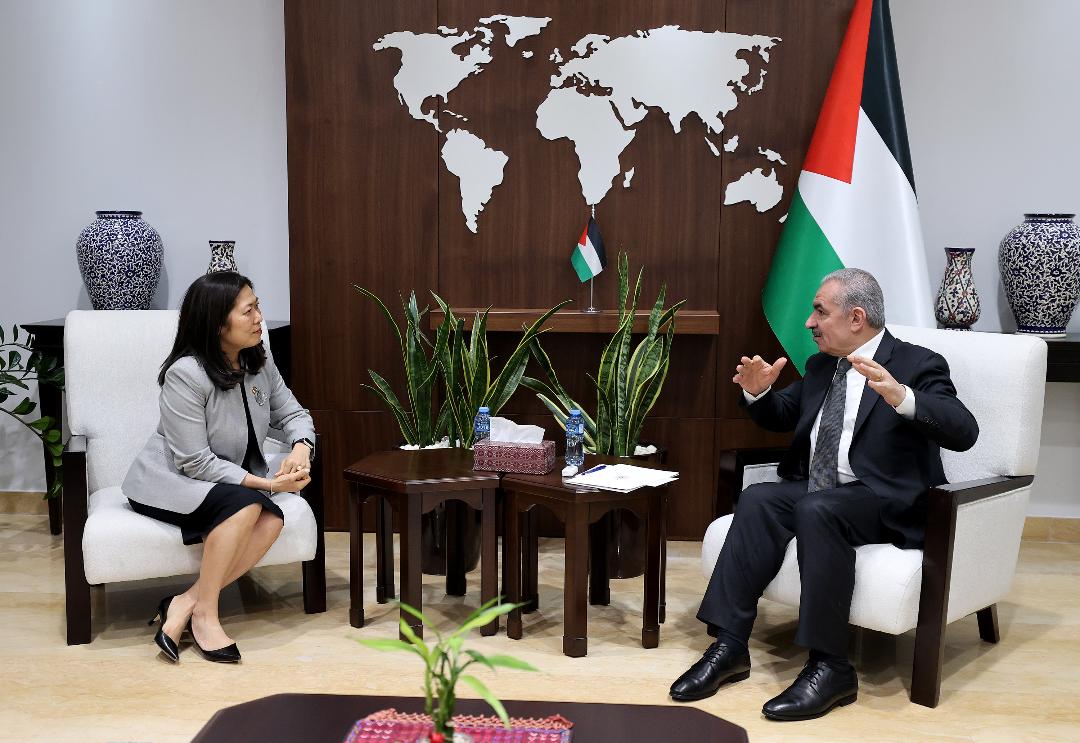 During a meeting in Ramallah, the prime minister called on Canada to recognize the State of Palestine to protect the two-state solution and embody its belief in international law and resolutions, in light of Israel's systematic destruction of the possibility of establishing a Palestinian state.

Shtayyeh noted that the international community should stop applying double-standard policies regarding the application of international law, urging for effective measures against Israel, which practices racism against the Palestinians.

The Prime Minister also discussed with the Canadian minister providing support and assistance to government programs to promote small and medium enterprises, empower women and integrate them into the development process as well as create job opportunities for young people, especially university graduates.

For her part, the Canadian minister affirmed her country's commitment to peace and the two-state solution, and its quest to find opportunities for cooperation between the two countries, especially creating partnerships between entrepreneurs and the private sectors in Canada and Palestine.