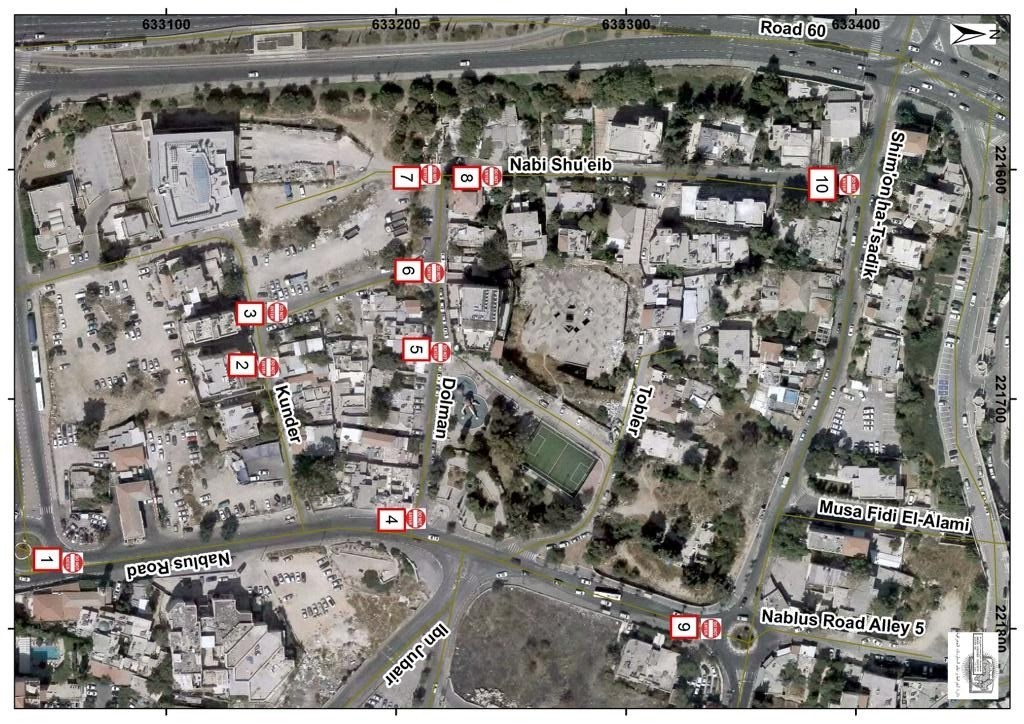 HAIFA, Monday, March 7, 2022 (WAFA) - Adalah – The Legal Center for Arab Minority Rights in Israel, in coordination with the Civic Coalition for Defending Palestinians’ Rights in Jerusalem, filed a petition to the Israeli Supreme Court on behalf of seven residents of Sheikh Jarrah and the Welfare Association of Sheikh Jarrah, demanding the immediate dismantlement of 10 police checkpoints placed both around and within the western part of Sheikh Jarrah neighborhood of occupied East Jerusalem.

Since Member of Knesset (MK) Itamar Ben-Gvir from the far-right Religious Zionist Party established a makeshift office in Sheikh Jarrah on 13 February 2022, the Israeli police have increased the number of checkpoints in the area to about 10.

In order to pass these checkpoints, Palestinians must answer lengthy questioning and present Israeli ID cards with a registered address in the neighborhood. As ID cards are issued only at the age of 16, Palestinian children and teenagers from the neighborhood cannot move freely unless accompanied by a parent. Thus, the children are prevented from visiting each other or playing in the public areas of the neighborhood.

The petition, filed by Adalah Attorney Suhad Bishara, argues that beyond the restrictions on the daily lives of Palestinian residents, the erection of checkpoints constitutes collective punishment, and the underlying policy is based on illegal racial profiling. Adalah also argues that the police do not have any legal authority to place these checkpoints or to limit the freedom of movement of Palestinian residents of the neighborhood and in general.

"Placing the checkpoints in Sheikh Jarrah is racist, illegal and fundamentally unacceptable. The checkpoints serve as collective punishment and as an attempt to prevent legitimate protests and support for Palestinian families threatened with forced eviction. The police have no authority to set up these checkpoints, and the Supreme Court must order their immediate removal," commented Bishara.

Zakaria Odeh, General Director of the Civic Coalition for Palestinian Rights in Jerusalem, added: "Making the lives of Sheikh Jarrah residents unbearable is part of a comprehensive, systemic effort to make them concede in their just struggle to continue to live in their homeland. The police use racist and violent measures towards the residents of East Jerusalem, and protect settlers, who are using all means to achieve their goal of deepening the ongoing displacement and dispossession of Palestinians."