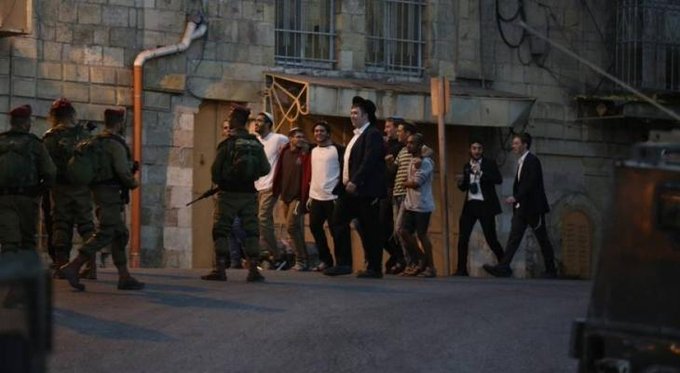 Imad Abu Shamsiya, the founder of Human Rights Defenders, said that settlers from the a nearby illegal colonial settlement of Ramat Yishai, located in the heart of Hebron, attempted setting the house of Tayseer Abu Eisha on fire in the area of Tal al-Ramida.

He added that Abu Eisha’s house is the closest to the settlement.

Abu Shamisya noted that the family woke up to the settlers attempting to cut off the barbed-wire fence separating the house from the settlement and setting a sun shade sail used to protect the house on fire.

He added that Abu Eisha’s house has become a frequent target of settler attack with the purpose of driving the family out of the house.