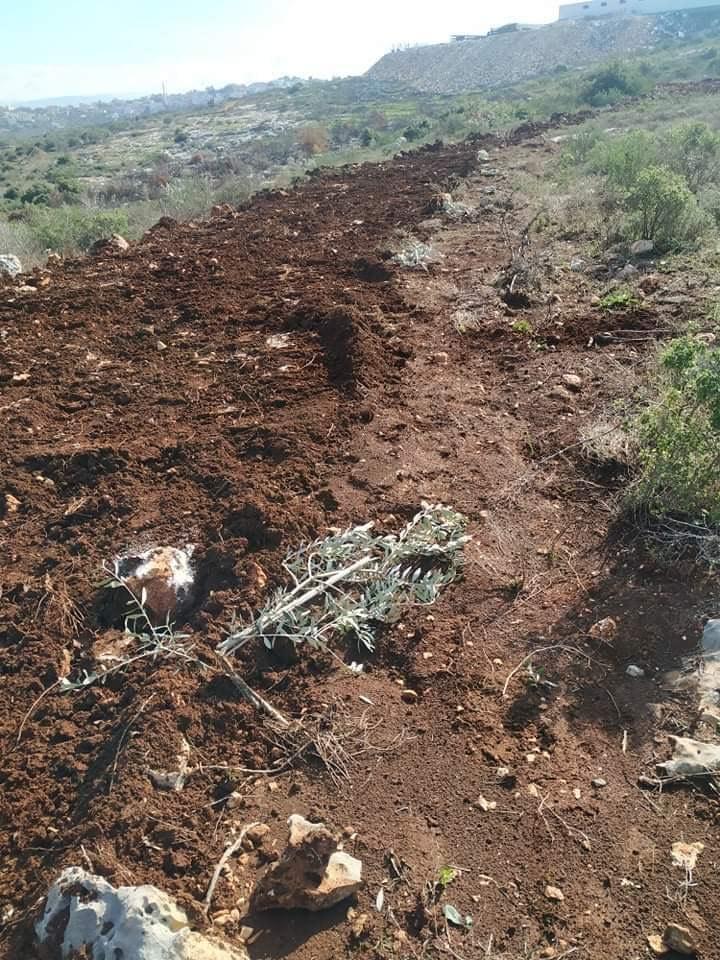 SALFIT, Wednesday, January 05, 2022 (WAFA) – Israeli settlers uprooted dozens of olive saplings to the northern West Bank village of Kafr al-Dik, west of Salfit city, according to the owner of the land and trees Saleh Shunnar.

He said that settlers from the illegal Israeli settlement of Alei Zahav uprooted 50 olive saplings when they razed a large area of his land in their effort to expand their illegal settlement.

Shunnar added that he was threatened by the settlement’s officer in charge of security that the rest of the olive trees in his land will be uprooted if he does remove them by himself.

A few days ago, settlers from the same settlement stole 80 olive trees from the Palestinian villages.