President Abbas on Christmas: Christmas reminds us of importance of justice, resilience and Palestinians’ determination for freedom 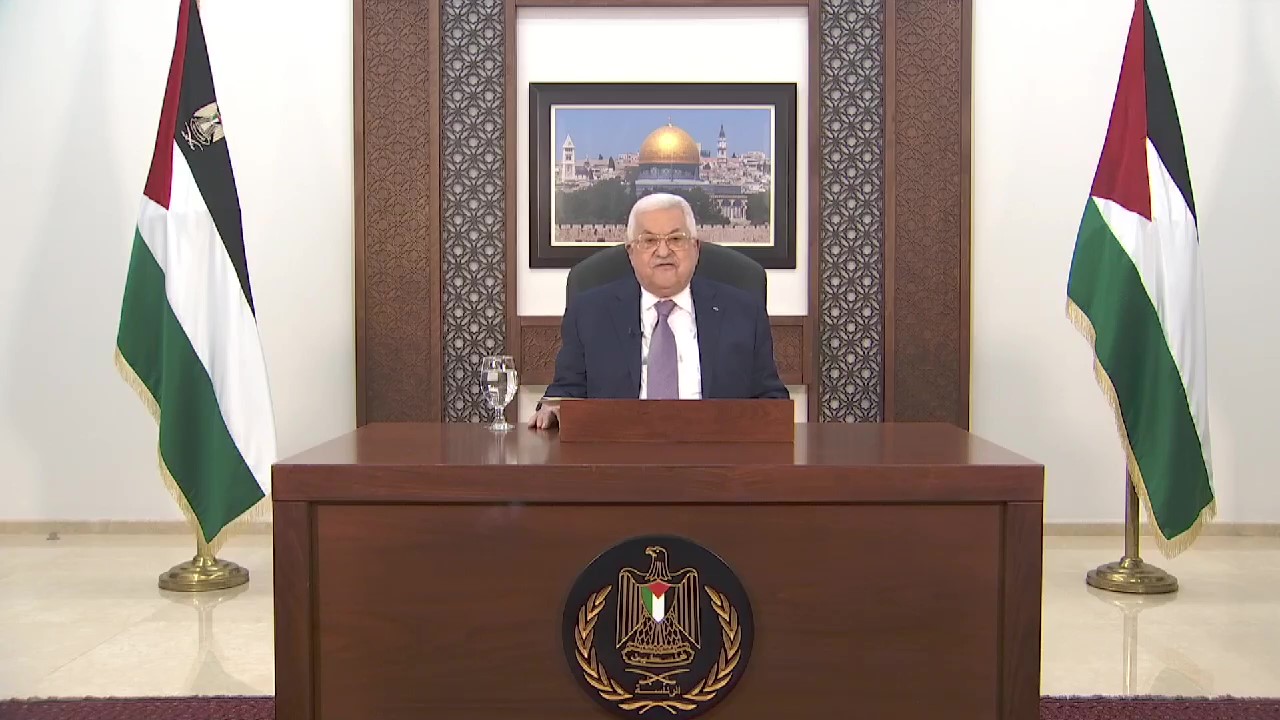 RAMALLAH, Thursday, December 23, 2021 (WAFA) – President Mahmoud Abbas today stated in his Christmas message that Christmas reminds us of the importance of justice, resilience and the Palestinian people’s quest for human dignity and freedom.

Following is the full text of President Abbas’ message on the occasion of Christmas 2021:

Celebrating Christmas every year is a glorious occasion dear to our hearts. Christmas has its own splendour, as it commemorates the birth of Jesus Christ, the messenger of peace, who was born in a Grotto in Bethlehem, where today stands the Nativity Church. Christmas is an occasion that brings love, tolerance and joy to every house in Palestine, and it carries a message of hope for a better future from Palestine to the hearts of millions of believers.

Christmas is a solemn occasion that makes every Palestinian proud, reminding us of Jesus Christ, and of the importance of justice and resilience. We in Palestine live the message of Christmas with hope and determination of human dignity and freedom. We embrace Christmas as a religious and national celebration, and greet all those who celebrate it.

The people of Palestine has taken care of the Holy Sites for centuries as part of our national identity and duty. On this land there are Mosques and Churches that have been frequented by worshipers for centuries by the same people that are today still struggling for the right to live in freedom and dignity, including freedom of worship and movement, all enshrined in the Universal Declaration of Human Rights. The historic Status Quo of all Holy Sites, including the Al Aqsa Mosque Compound and the Church of the Holy Sepulcher, as well as the Ibrahimi Mosque and in the rest of Palestine are at the core of our national struggle.

This Status Quo and historical reality in Jerusalem is being threatened by a belligerent occupation and Israeli extremists, whether it is about holding Jewish prayers in Al Aqsa or turning Jaffa Gate into a new Israeli settlement or over church property that will separate the Armenian from the Christian Quarters. We are following with great concern the latest serious developments taking place at the Armenian Quarter, the New Gate and Jaffa Gate, Sheikh Jarrah, Silwan, let alone the ongoing restrictions and outrageous provocations imposed upon our people in Damascus Gate and attempts at forcibly displacing Palestinians from Sheikh Jarrah, Silwan and elsewhere.

We call upon all countries and churches not only to oppose and condemn such Israeli policies and practices, but also to bear their responsibility and take concrete steps stop and prevent such Israeli policies and practices in order to protect the Palestinian people and fulfill our long overdue inalienable rights, including preserving the entrenched Christian presence in Palestine, the Holy Land. This has been explicitly stated in the statement of the Heads and Patriarchs of Jerusalem Churches in Jerusalem issued on December 15, 2021.

Bethlehem has been turned into an open air prison surrounded by 18 colonial-settlements and over 100,000 settlers, disconnected from Jerusalem by the illegal Annexation Wall. Additionally, it has been heavily suffering from the consequences of COVID19, including outrageous restrictions to ban Christian and Muslim pilgrims imposed by the Israeli government.

Palestine as part of its responsibility towards preserving heritage has proudly inaugurated the restoration works of the Hisham Palace in Jericho that are taking place under our supervision. This comes in addition to the impressive restoration works of the Nativity Church in Bethlehem as well as the Holy Sepulcher in Jerusalem and the latest UNESCO inscription of our embroidery as Intangible Cultural Heritage, reminds the world of our potential which must be liberated. We are thus looking forward to engage with our partners all over the world to promote this important historical legacy that could alleviate the burdens from which our people have been suffering from for decades.

As we celebrate Christmas we shall not forget the reality of oppression that we have around us, with children that no longer have a home due to the illegal and immoral policy of demolitions; we think of how many people will not make it to Bethlehem out of fear of attacks by Israeli settler terrorists that continue to act with impunity, of political prisoners in Israeli jails who are away from their families, as well as our people in exile and millions of relatives and friends, including mainly from the Arab world, who are denied from joining us due to the Israeli occupation.

I pay tribute to our people, the people of Palestine, wherever they are, and I say to them: Be proud of your history and identity. Likewise, I say to the world that Christmas is a Palestinian message of hope that our people continue to embrace with love and hope toward the achievement of justice, freedom and peace.

I wish the world a Merry Christmas and a Happy New Year from the city of Bethlehem and from the blessed land of Palestine. In particular, I extend my sincerest and deepest Christmas wishes to Palestinian Christians, the Palestinian people everywhere and all those celebrating.