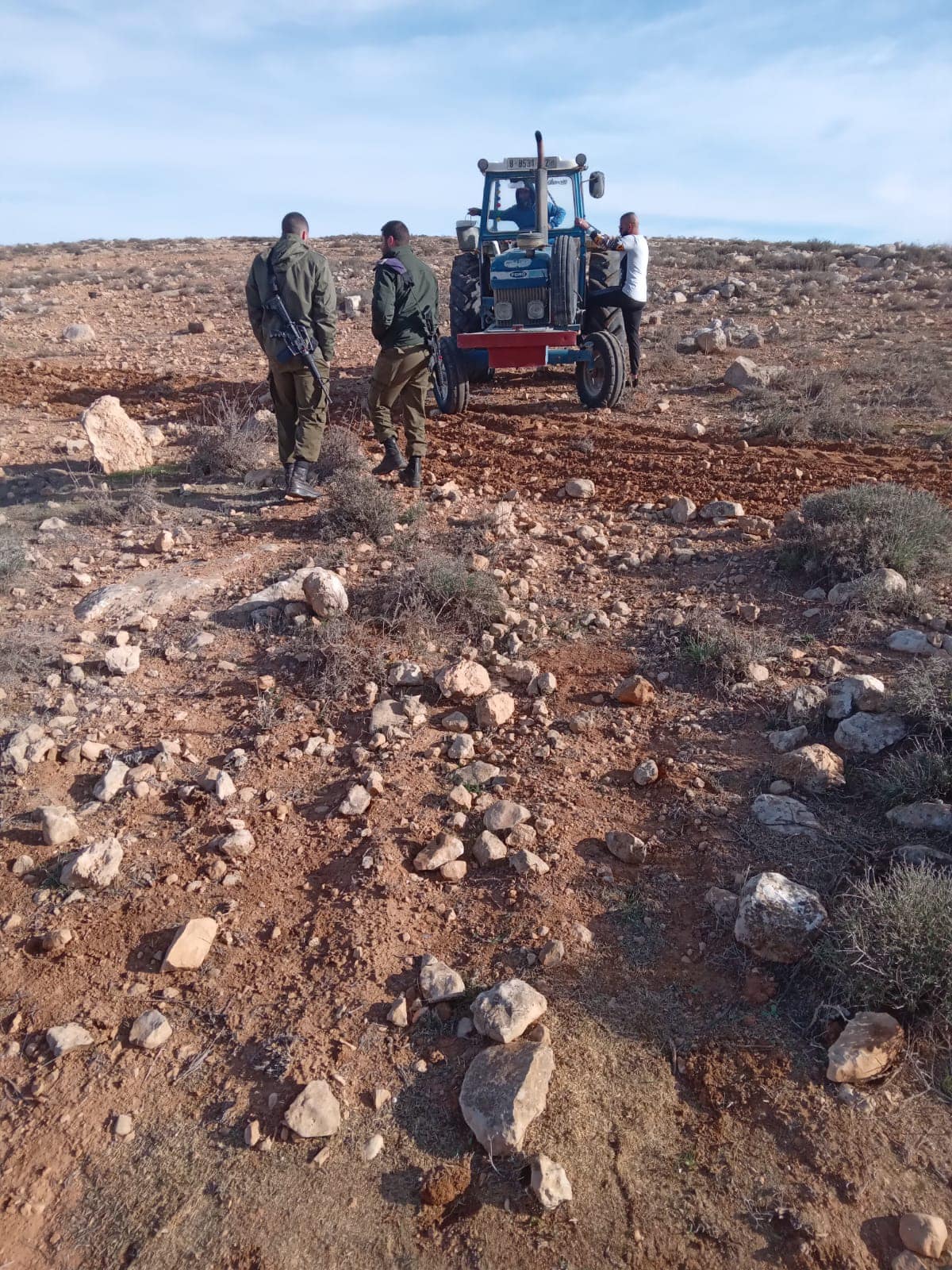 HEBRON, Thursday, December 16, 2021 (WAFA) – Israeli forces today seized a tractor and a digger from Palestinian farmers reclaiming their farmland in Masafer Yatta, south of Hebron, according to a local activist.

Coordinator of the Protection and Steadfastness Committees, Fuad al-‘Amour, told WAFA that Israeli soldiers and officers of Israeli Civil Administration forced their way into Shi‘b al-Butum hamlet, where they confiscated a tractor and a small digger used by two farmers to reclaim their farmland.

He added that Israeli forces have been stepping up their attacks against farmers in the southern Hebron hills, including preventing them from plowing their lands, as a means to sabotage their efforts to plant winter crops.

Khirbet Shaab al-Butum is among dozens of small communities located in the Masafer Yatta area, which rely heavily on animal husbandry as the main source of livelihood, and has a population of 300.