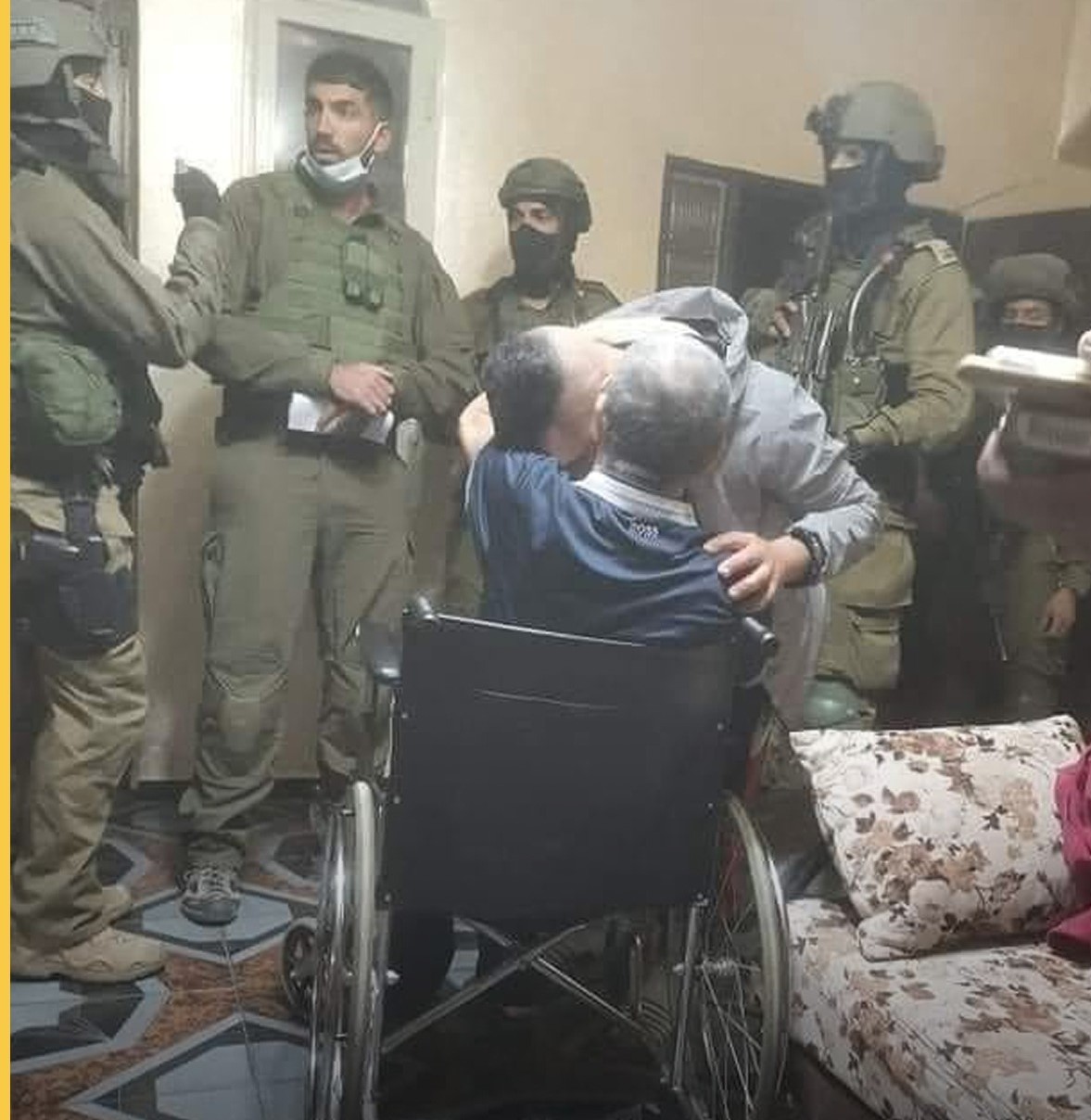 Man bidding farewell to his incapacitated father before his arrest.

They said that Israeli forces detained a young man after shooting him with a live round in the foot in confrontations near Azzoun town, east of the northern West Bank city of Qalqilya.

They also detained another after ransacking his house in Burqa village, northwest of Ramallah.

In Jerusalem, Israeli police rounded up two children, aged 13 and 10, from Silwan neighborhood on Tuesday evening.

They also detained another 13-year-old child in front of his school in al-Tur neighborhood.

A photo that has gone viral on social media shows one of the detainees, identified as Ahed Yousef al-Shomali, bidding his incapacitated father farewell before being taken away by the soldiers.

In Hebron district, gun-toting soldiers raided Beit Ummar town, north of the Hebron city, where they ransacked a number of houses, damaged two private vehicles and then arrested a former prisoner.

The confrontations that unfolded saw the soldiers opening fire towards local teens who attempted to block their passage and surrounding houses causing a number of tear gas suffocation cases.

Another Palestinian was rounded up from Hebron city.