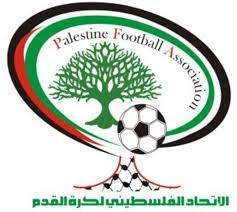 PFA President Jibril Rajoub was supposed to meet with Infantino in Ramallah, but decided to cancel the meeting at the last minute over the latter’s attendance of an event along with former US ambassador to Israel David Friedman at the “Museum of Tolerance”, built over the historic Islamic cemetery of Ma’manullah, in the occupied city of East Jerusalem.

PFA said in a press statement that it “regrets the decision of FIFA President, Gianni Infantino, to take part in two events that take place today at the so-called “Musuem of Tolerance”, an edifice built over the Ma’manullah Islamic cemetery, the oldest Muslim cemetery in Jerusalem dating back to the 11th century,” while noting that it views his participation “as a total affront to the values of religious tolerance and peaceful coexistence, both endorsed by the FIFA statutes.”

It explained that it received a letter from Infantino last Thursday, in which he expressed “his wish to visit both Palestine and Israel on Monday 11th and stated that he was invited to speak at some events in Israel and hoped to meet the political leaders in both countries to discuss the issues that have long hindered the development of football in Palestine and find possible solutions to pending problems.”

While PFA, as expressed in the statement, viewed the letter in a very positive light and started preparations for the long-awaited visit, it simultaneously notified Infantino’s office of the importance of not taking part in any Israeli-organized activities on occupied Palestinian territory as defined by international law, including East Jerusalem.

“We received confirmation that the President is well aware of our considerations,” the statement added.

During his visit to Palestine, Infantino was expected to hold meetings with the political level, the PFA’s Executive Committee and partners. He was also expected to lay the foundation stone for the PFA Technical Centre and kick-start the final match of the Women’s seven-a-side league.

“While preparations were underway, the PFA received information that the FIFA President, at the invitation of notorious advocates for the violations of international law and negation of Palestinian in-alienable rights, will be participating in the inauguration of the so-called “Museum of Tolerance” and a conference in that location, which came as an intolerable shock, since this edifice has been illegally built on the confiscated grounds of the historic Ma’manullah Islamic cemetery, a place declared a historic site by the Muslim supreme Council in 1927, and an “antiquities site” by the British Mandate of Palestine in 1944. It contains the remains of thousands of Palestinians, Arabs and Muslims whose tombs were desecrated by the building of the location of the conference,” the statement added.

The PFA President Rajoub wrote an urgent letter to the FIFA President, urging him not to take part in events since that would convey a message is contradictory with “his public messages regarding FIFA’s commitment to human rights and the values of peaceful co-existence.”

In his letter, Rajoub warned Infantino that “this participation will be seen by many FIFA members as a politicization of football, something which the FIFA President so adamantly opposed” and “went further to say that the FIFA President’s participation will be seen as a desecration of the Holy Site and will not contribute to bringing people together, but rather pull them apart.”

“PFA had hoped the FIFA President’s visit would bring hope to Palestinian footballers by starting to resolve the issues that hinder the development of football in Palestine, a country which suffers yet under the Israeli occupation. We did not expect a visit of support to Evangelical Zionist groups that advocate the negation of Palestinian rights,” the statement added.

“By deciding to ignore our concerns, and since we do not have the right to interfere in the agenda of a FIFA President, our only remaining alternative was to send our regrets for being unable to receive the FIFA delegation under such circumstances.”