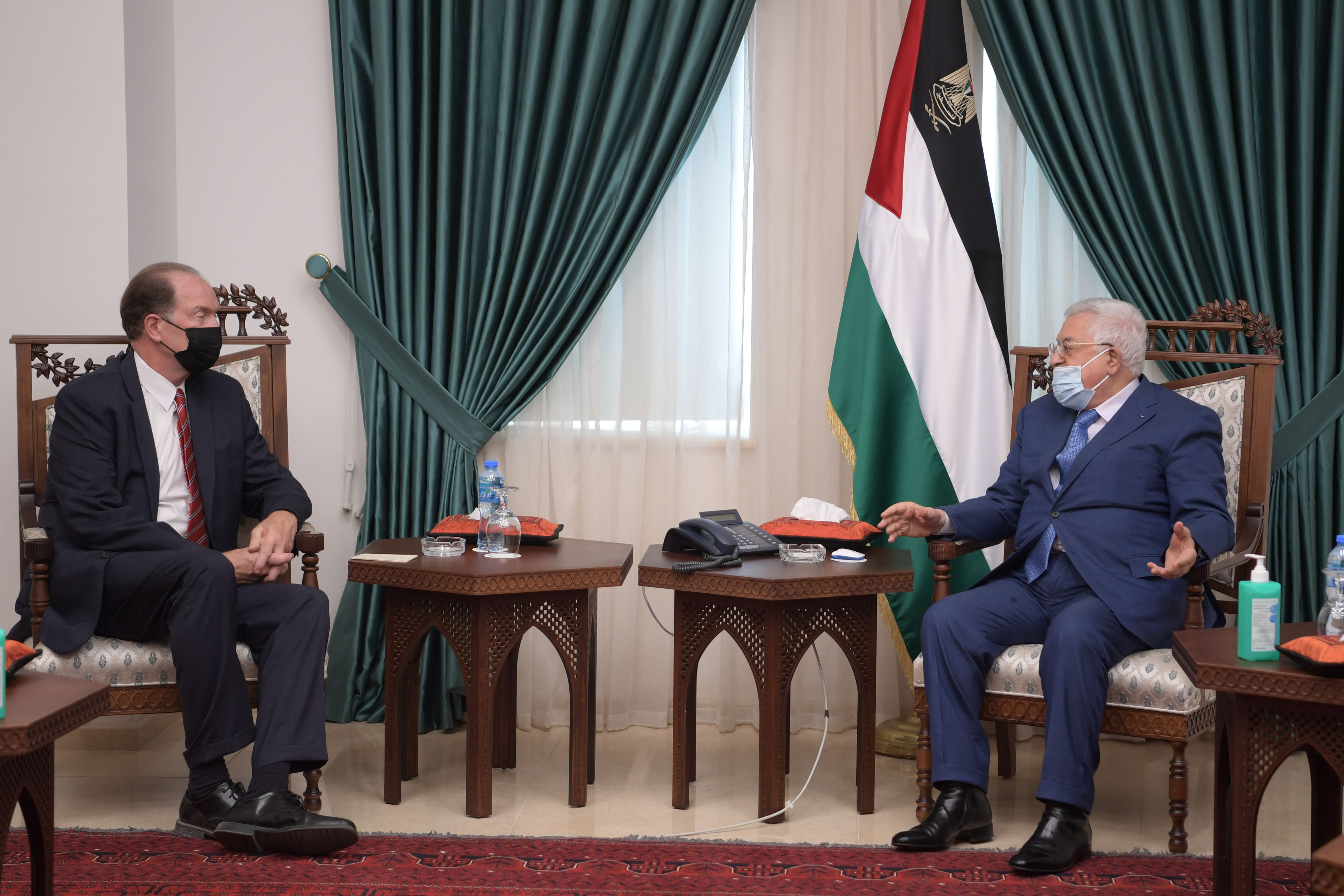 President Abbas expressed gratitude to Malpass for the World Bank’s efforts in support of development, infrastructure projects and institution building in Palestine.

He affirmed Palestine’s commitment to institution building in line with the principles of rule of law, transparency and good governance while noting that several decree laws were recently issued, such as the Law of Companies and the Telecommunications Sector Regulation Law, in order to promote investment and development.

He stressed his keenness on providing ongoing support to enhance Palestinian development and institution building efforts.

President Abbas briefed Malpass and the accompanying delegation on the obstacles to development and Palestinian economic advancement, notably the Israeli occupation practices and decline of foreign aid.

He renewed the State of Palestine’s commitment to political activism and United Nations resolutions as a path to end the Israeli occupation and realize the Palestinian people’s  quest for freedom and independence.

Malpass affirmed that the World Bank continues to uphold the policy of providing support to development, infrastructure and Palestinian institution building while expressing the World Bank’s appreciation of the set of Palestinian laws in support of development and investment, which would have a positive impact on economic growth and stimulate investment in many sectors.

He pointed that he would continue to hold meetings with the Prime Minister Mohammad Shtayyeh and the Palestinian competent authorities and keep abreast of the projects implemented in Palestine.