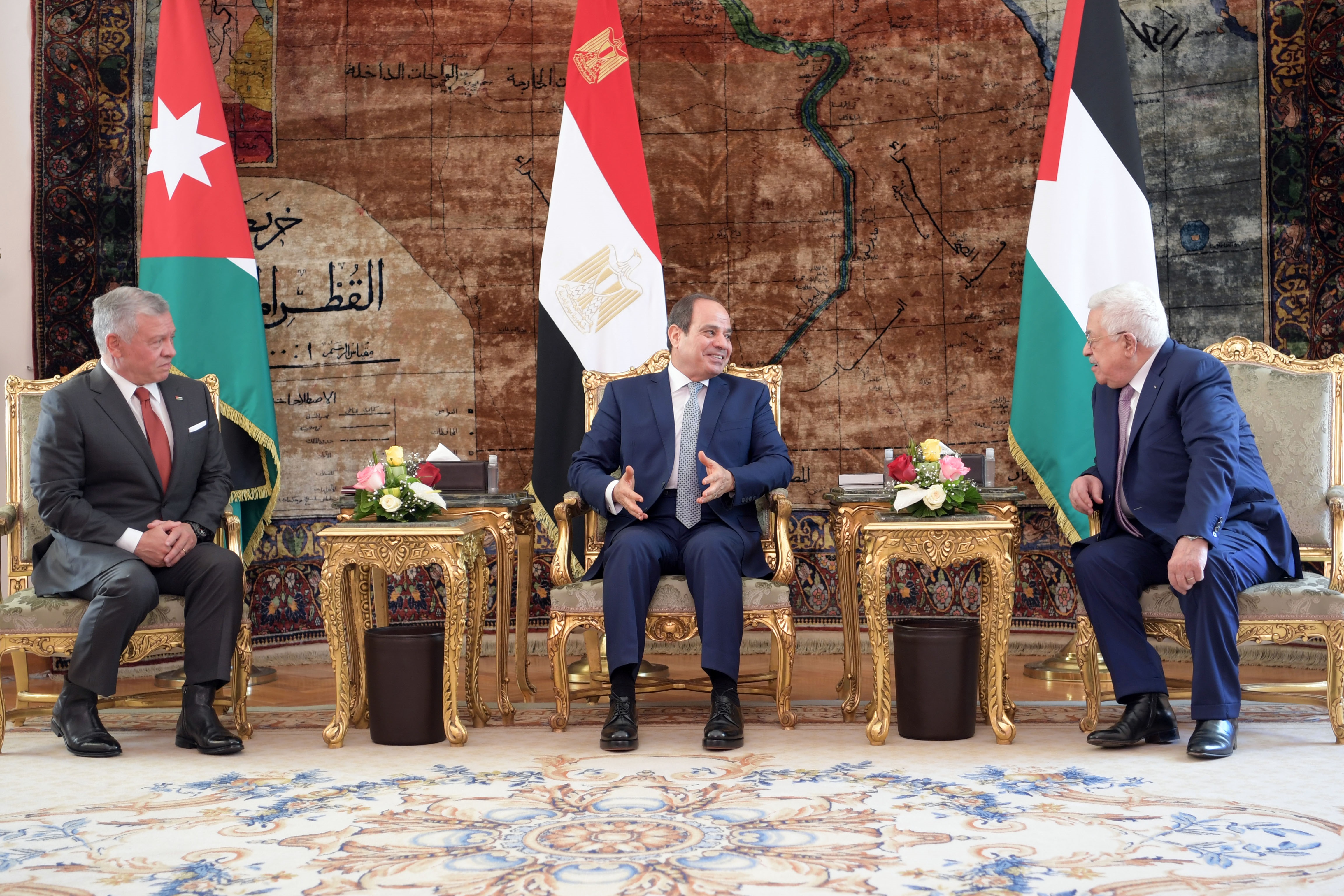 The summit will discuss the issues of common concern and the ways to formulate a unified Palestinian-Egyptian-Jordanian position in order to follow-up on political action at the international level and the quest to revive the long-stalled peace process with Israel.

The holding of the tripartite summit in this time is important to unify the three leaders’ vision on dealing with the broader regional and international political actions aimed at resuscitating the peace process culminating in ending the Israeli occupation of the Palestinian and Arab territories since 1967, establishing the independent Palestinian state with East Jerusalem as its capital and safeguarding holy sites in the city.