President Abbas receives a delegation of the US Congress 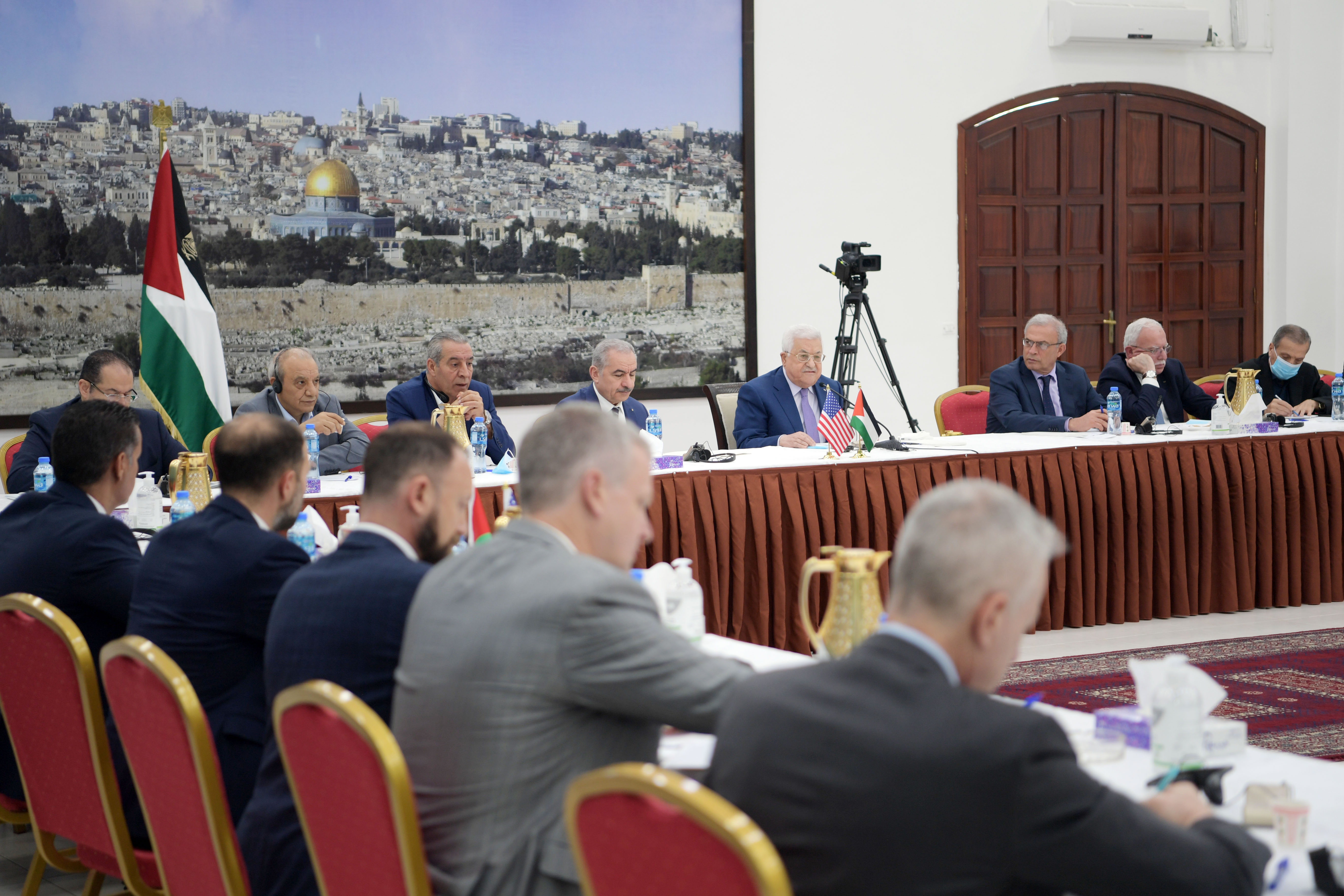 RAMALLAH, Thursday, July 08, 2021 (WAFA) - President Mahmoud Abbas received today a delegation of 11 US Congressmen representing the Democratic and Republican parties, headed by the Chairman of the Foreign Affairs Committee in the US House of Representatives, Gregory Meeks.

The President briefed the delegation on the latest developments in the Palestinian territories, and affirmed Palestine's commitment to achieving a just and comprehensive peace based on international legitimacy resolutions through negotiations under the auspices of the International Quartet.

During the meeting, held at the presidential headquarters in Ramallah, the President stressed the need to take practical steps to give the Palestinian people hope for achieving peace through the establishment of an independent Palestinian state with East Jerusalem as its capital and based on the pre-1967 borders.

President Abbas also commented on the Palestinian relations with the new US administration, and expressed his satisfaction with the talks held with President Joe Biden on a number of issues, foremost of which are the commitment to the two-state solution, working to reopen the US Consulate in East Jerusalem, and respecting the status quo in the Al-Aqsa Mosque compound in Jerusalem.

The President affirmed the Palestinian side is ready to enhance bilateral relations with the US administration to serve the interests of the two friendly peoples, especially as the US is on way to reopen its consulate in occupied Jerusalem.

The President answered all questions posed by the US Congressmen concerning the Palestinian elections and several other issues.

With regard to the issue of elections, the President affirmed the commitment of the Palestinian leadership to holding the elections as soon as Israel removes all the obstacles to voting in occupied East Jerusalem.

"We will not hold elections without Jerusalem, because East Jerusalem is the capital of the State of Palestine," said the President during the meeting.