Palestinian citizen of Israel forced to demolish his house in Tayibe 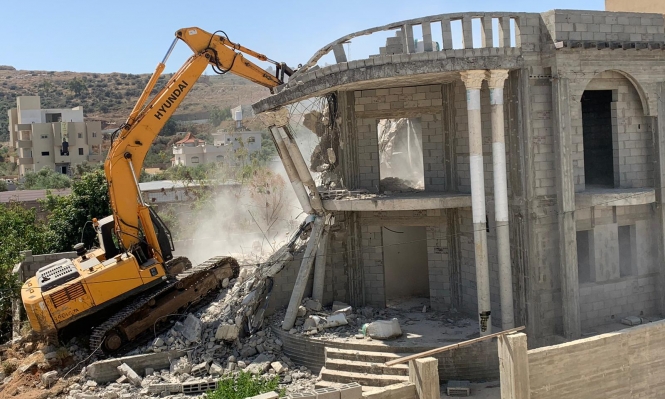 RAMALLAH, Wednesday, May 26, 2021 (WAFA) – The Israeli authorities today forced a Palestinian citizen of Israel to demolish his own house in the Palestinian city of Tayibe in central Israel, according to a news website.

The Arabs 48 news website, which reports on Palestinians in present-day Israel, said that Nabil Amrour was forced to tear down his own house to avoid paying exorbitant costs if the Israeli Interior Ministry’s bulldozers accompanied by police special forces.

The demolition underscores that citizenship does not protect the 1.5 million Palestinians who are nominally citizens of Israel from the arbitrary and racially motivated state violence that routinely targets Palestinians living in the occupied West Bank, including Jerusalem.