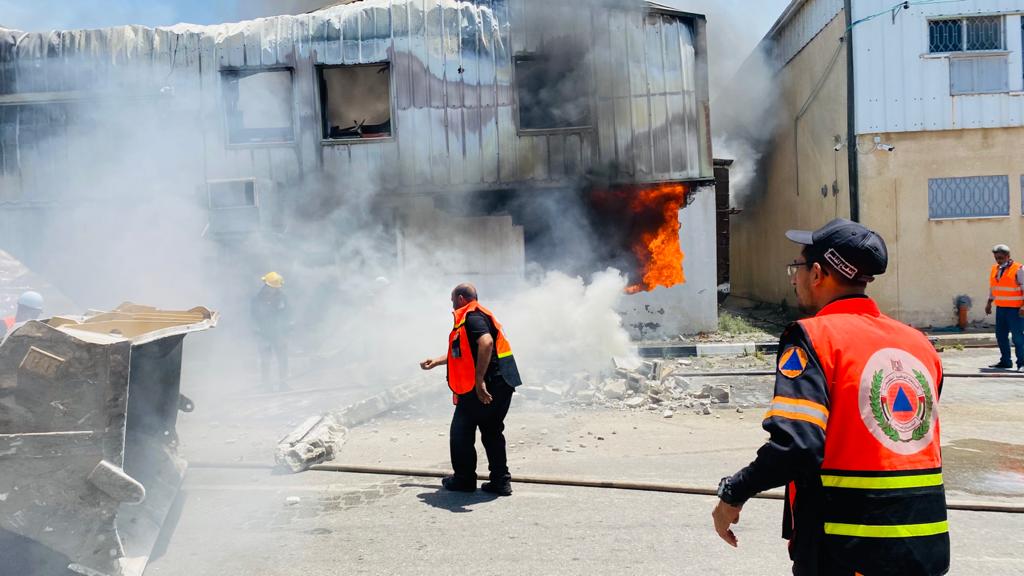 PIEFZA said in a press statement that the Israeli tanks deployed at Karni commercial border crossing, known to Palestinians as al-Muntar, east of Gaza, fired shells directly at the industrial zone, located in eastern Gaza city, causing extensive damage to four factories so forth.

This increases the total number of factories and commercial establishments targeted by Israeli bombardment since the start of the onslaught on Gaza to 13.

The Gaza Industrial Zone is built on an area of 123.5 acres and lies near the al-Muntar crossing. It was established under agreements with the support of the U.S. Agency for International Development (USAID), the World Bank, the European Investment Bank and the European Union.

PIEFZA stressed that the industrial zone, which hosts 54 factories and employs 1,500 workers on a full-time basis, along with the hosted factories are private sector productive entities that are apolitical and has no affiliation with any party.

It warned that the Israeli occupation authorities are targeting the Gaza’s already devastated economy of through the deliberate bombardment of the infrastructure and the industrial zone in addition to the partial destruction of the project of electricity generation through solar panels, which supplies electricity to the factories.

It also warned that the Israeli occupation authorities are determined to exacerbate the unemployment rates, which are already sky-rocketing high and reached 49 percent, and attempting to coerce Gazans to waive their right to live freely and in dignity.

PIEFZA appealed to the international community along all international bodies and relevant UN and international humanitarian organizations to intervene to “stop these unprovoked, barbaric and destructive attacks” and “spare the 23-year-old industrial zone from further destruction of productive economic assets.”