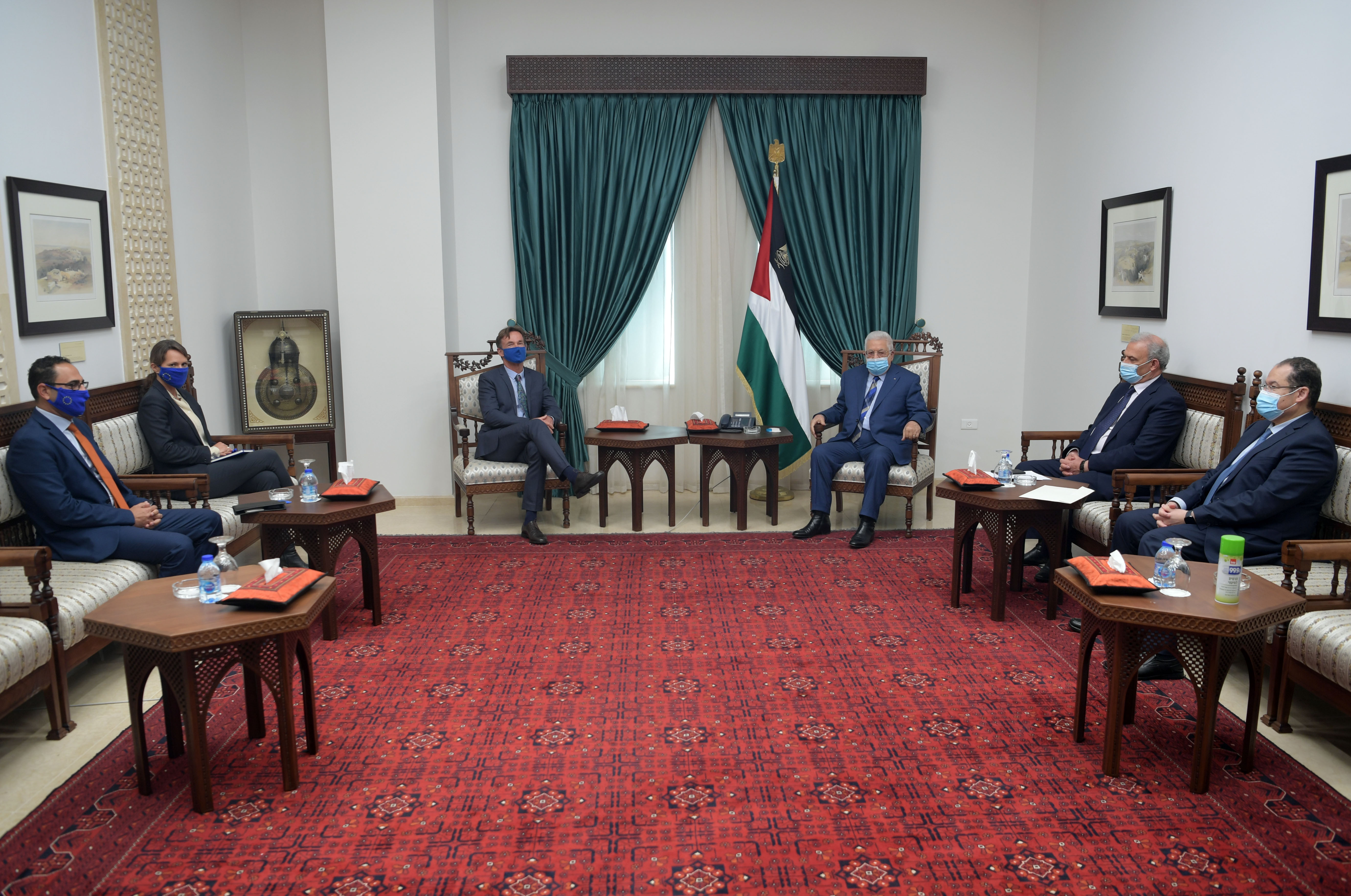 RAMALLAH, Wednesday, April 28, 2021 (WAFA) - President Mahmoud Abbas received today at the presidential headquarters in Ramallah the Representative of the European Union in Palestine, Sven Kuhn von Burgsdorff, and discussed with him the latest developments regarding holding Palestinian legislative elections planned for May 22.

President Abbas stressed the importance of the European Union continuing to pressure the Israeli government to allow Palestinian elections in occupied Jerusalem according to the agreements signed between the two sides under international auspices.

He thanked the European Union for the political and economic assistance and support it provides in all fields.

The EU Representative affirmed Europe's support for holding the Palestinian elections and that the EU is continuing its intensive contacts with the Israeli side to hold the elections in occupied East Jerusalem, as was the case in the previous elections.