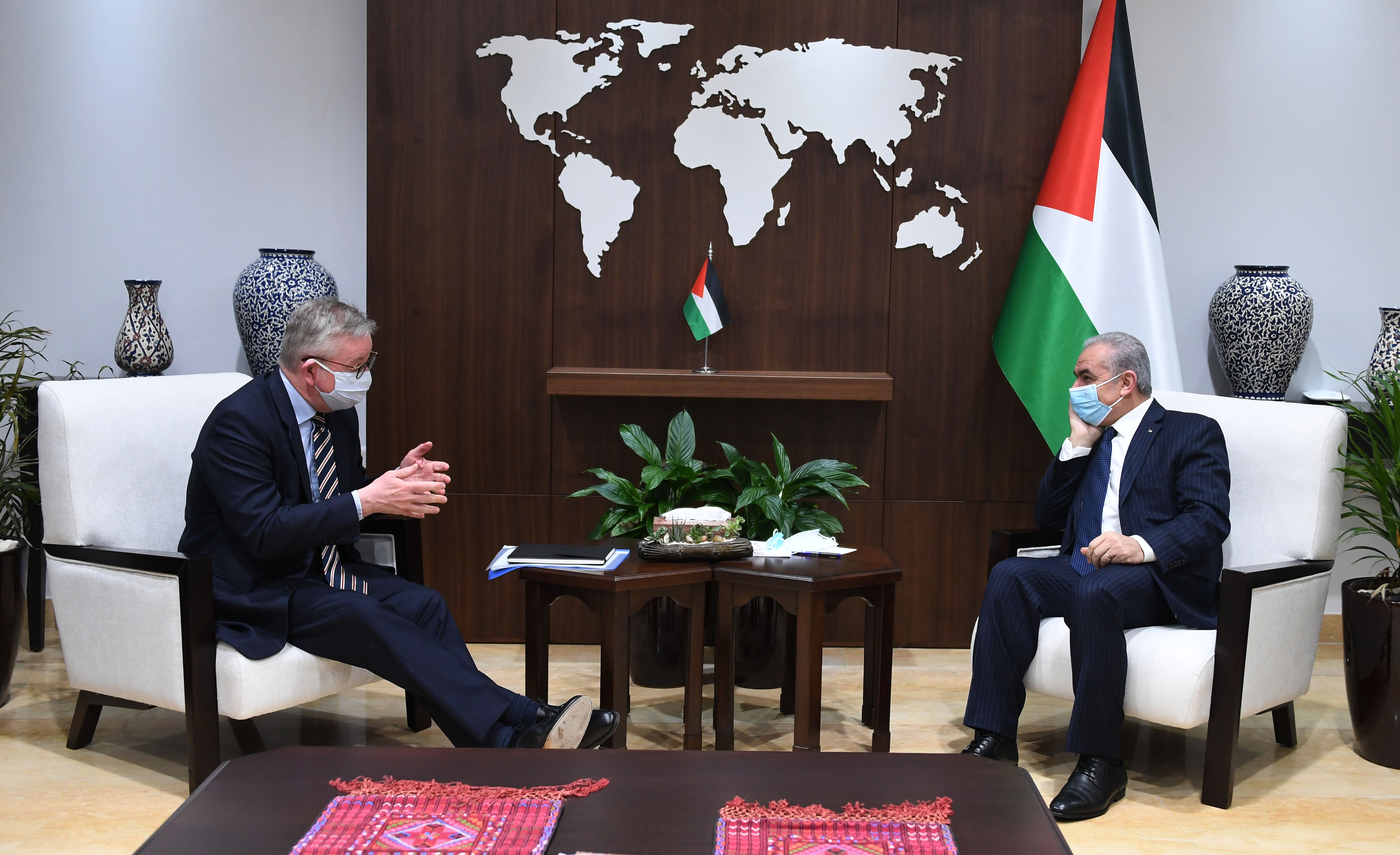 RAMALLAH, Thursday, April 22, 2021 (WAFA) – Prime Minister Mohammad Shtayyeh called today upon the United Kingdom to press the occupying state of Israel to allow Palestinians in occupied East Jerusalem to run as candidates and cast their votes in the upcoming Palestinian elections, as well as to allow the entry of international observers to Palestine.

His call came as he received the UK Cabinet Office minister Michael Gove at the Prime Minister's Office in Ramallah in the presence of the UK Consul General to Jerusalem Philip Hall and the accompanying delegation.

"Holding elections in Jerusalem is a national and political necessity," said Shtayyeh. "The matter is not only about the number of voters and their right to participate, but rather the Israeli recognition that Jerusalem and its people are part of the Palestinian political and national fabric."

The Prime Minister urged the UK delegation to press Israel to abide by the signed agreements that allow Palestinians in occupied East Jerusalem to both vote and run as candidates in the Palestinian elections.

He also affirmed the leadership's determination to hold the legislative and presidential elections in all the Palestinian territories, describing the elections as a top Palestinian interest that ensures a renewal of democracy in all public institutions.

Meanwhile, Shtayyeh said further he welcomes any international effort aimed at reviving the political process and expanding the framework of the International Quartet, leading to a just and comprehensive peace solution to the Palestinian issue and an independent State of Palestine on the pre-1967 borders with Jerusalem as its capital.

He praised Britain's position on the International Criminal Court and its respect for the court's independence, saying Israel must be held to account for its ongoing violations of international law and human rights in Palestine.