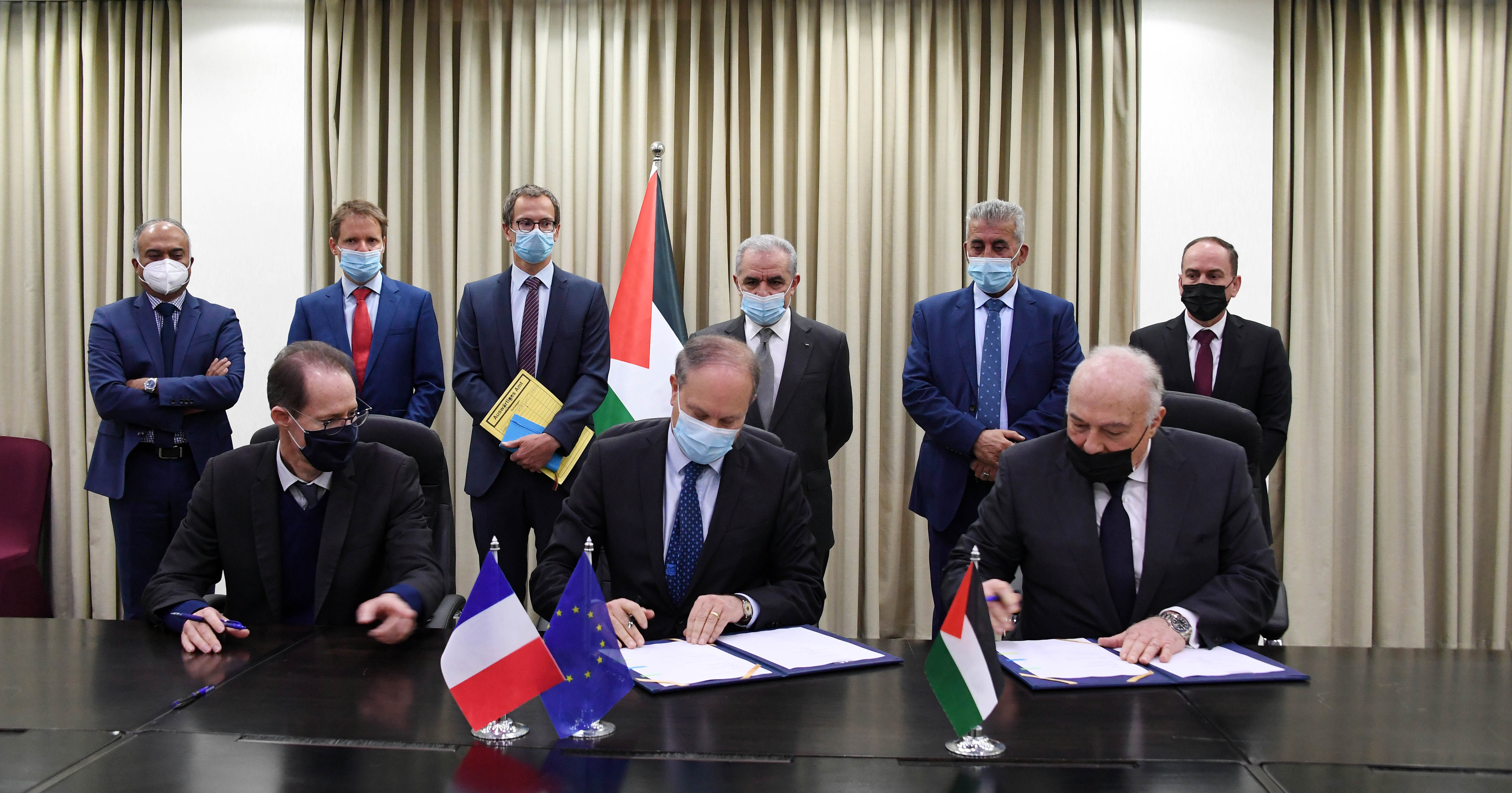 RAMALLAH, Thursday, April 01, 2021 (WAFA) – The French Agency for Development, the German Development Bank (KfW) and the World Bank today signed financing and project agreements worth $52 with the Palestinian Government to support the Palestinian response against the COVID19 pandemic at the local level.

The ceremony was attended by Prime Minister Mohammad Shtayyeh and the German Deputy Representative, Michael Herold. The project aims at bridging the financial gap of local government units and help them keep essential services running, and provide jobs to households whose income has been adversely affected by the COVID-19 crisis.

The main objective of this additional financing, implemented by the Municipal Development and Lending Fund (MDLF), is to support Palestinian municipalities to maintain essential services and improve their resilience against the economic slowdown induced by the COVID pandemic.

158 municipalities, serving 75% of the population of the West Bank and Gaza, will benefit from the program through the provision of emergency public goods, financing of recurrent expenditures, and labor-intensive public works that will provide employment opportunities in various sectors, from waste management services to road maintenance. 9 500 short-term jobs will be created.

Particular focus will be put on providing equal opportunities for men and women, by having women participate actively in the planning process under the Strategic Development and Investment Planning, and by providing dedicated job opportunities to women within the labor intensive sub-projects.

Speaking at the ceremony, Prime Minister Mohammad Stayyeh said: "We thank our international partners France, Germany and the World Bank for this grant, allocated to supporting 158 municipalities, which constitute about 70 percent of the population, through the Municipal Development and Lending Fund, which will create about 10,000 jobs in various parts of Palestine."

The Consul General of France in Jerusalem, René Troccaz, underlined that “this initiative shows the ambition of France to work alongside European partners and multilateral institutions to support the Palestinian people in the fight against the pandemic and economic crisis”. He also added: “cooperation is key to bring shared solutions benefiting directly the population impacted by the crisis” and underlined the key role of local government units in this regard.

The Deputy Head of Mission of the German Representative Office, Michael Herold, stressed that “this additional contribution is part of the German government’s efforts to support the Palestinian people in its fight against the COVID-19 pandemic and its negative effects on the economy.”

He further said: “Germany has been a long-standing supporter especially for governance at the local level. We are delighted to have our Palestinian partners as well as key donor such as France and the World Bank on our side in this endeavor.” 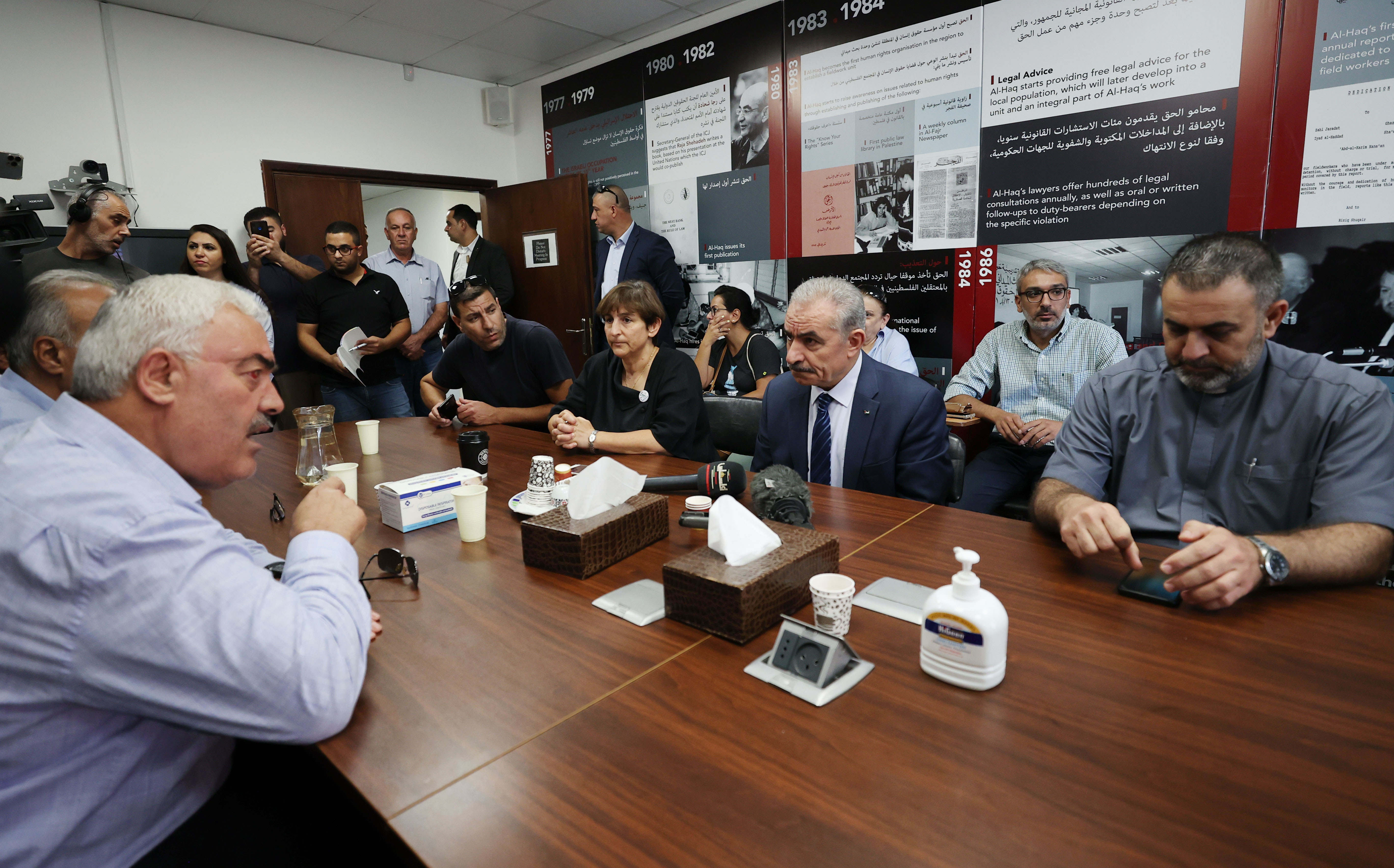