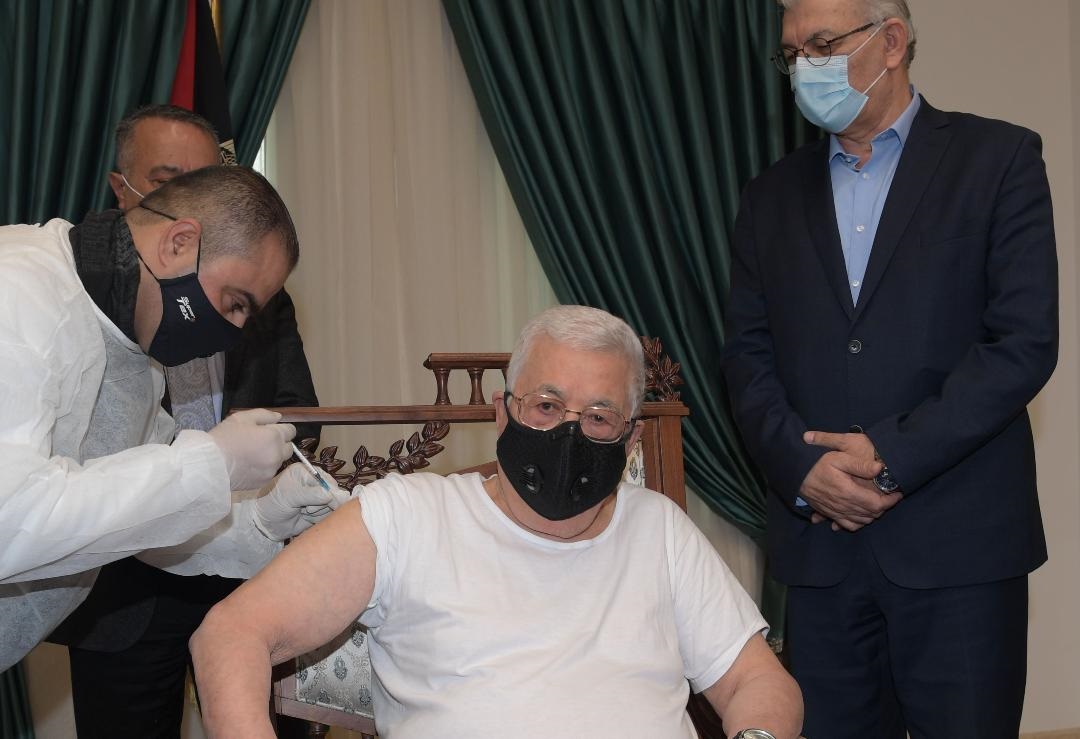 RAMALLAH, Saturday, March 20, 2021 (WAFA) – President Mahmoud Abbas received today the first jab of the COVID-19 vaccine ushering in the launch of the social vaccination campaign in the country.

The President urged citizens of Palestine to continue to adhere to the public safety protocols and the inoculations instructions of the Ministry of Health so as to pass this difficult time.

Early today, the Ministry of Health announced the launch of the social vaccination campaign which targets in the first place medical staff, patients of cancer and kidney failure, and the elderly above 75 years of age.

On March 17, Palestine received the first batch of vaccines from the global COVAX sharing initiative in a boost to inoculations in the occupied territories.

An MoH statement said 38,000 doses of the Pfizer/BioNTech vaccine in addition to 24,000 of the AstraZeneca vaccine were supplied as part of the COVAX shipment.