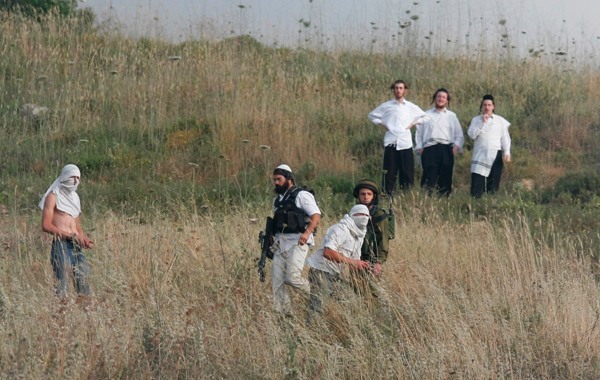 JERUSALEM, Saturday, January 23, 2021 (WAFA) - Israeli settlers’ hooliganism in the occupied territories left at least eight Palestinians injured and dozens of Palestinian-owned trees and vehicles damaged in the two-week period between 5 and 18 January, according to the United Nations Office for the Coordination of Humanitarian Affairs (OCHA) in the occupied Palestinian territory.

In the report entitled Protection of Civilians, the UN agency said that an 11-year-old girl was stoned and injured near her house in Madama in the Nablus area in the north of the West Bank, as settlers attempted to abduct her without success.

Six men were also physically assaulted in separate incidents while working their land near Aqraba also near Nablus and Kafr Malik near Ramallah, and a man sustained injuries during stone-throwing at Palestinian vehicles in the Ramallah area.

It said at least six Palestinian vehicles were damaged in daily stone-throwing incidents while additional cars in East Jerusalem were vandalized during settler protests against the death of an Israeli boy in a car chase with the Israeli Police. The boy was involved in attacking Palestinian vehicles on West Bank roads.

Israeli settlers also damaged over 230 olive trees and saplings near the villages of Beit Ummar near Hebron in the south of the West Bank and Jalud near Nablus, said the report.

Israeli occupation forces also uprooted about 1,370 Palestinian-owned trees in Deir Ballut near Salfit in the north of the West Bank and Beit Ummar during the reporting period on grounds that the land had been declared ‘state land’.

They also confiscated 237 sheep near Wadi Fuqin near Bethlehem in the south of the West Bank, claiming they were grazing in an area declared as a nature reserve. The herder was issued a fine of $15,200.

Meanwhile, and citing the lack of building permits, the Israeli occupation authorities demolished or seized 24 Palestinian-owned structures across Area C of the occupied West Bank between January 5 and 18, displacing 34 people and otherwise affecting almost 70, said OCHA.

Ten of the targeted structures, including homes, animal shelters and mobile latrines, were located in the Beit Iksa Bedouin community near Jerusalem, where 27 people, half of them children, were displaced.

Four of these structures had been provided as humanitarian aid.

A family of seven living in an ancient building in Khirbet Farseen near Jenin in the north of the West Bank was displaced following the removal or demolition of windows, doors, water pipes, electricity cables and a toilet they had added to their home, which the Israeli authorities claim is located in an archaeological site.

A recently constructed school in Umm Qussa near Hebron received a ‘removal notice’ under Military Order 1797, which allows for its demolition within 96 hours.

Most of those wounded (59) sustained their injuries in protests against the establishment of two settlement outposts near Al Mughayyir and Deir Jarir villages near Ramallah or against settlement activities near Kafr Qaddum near Qalqiliya. Fifty-five of the injured people were treated for inhaling tear gas, 14 were shot with live ammunition, eight were hit by rubber bullets, and the remaining ones were physically assaulted.

On 5 January, at the Gush Etzion junction near Hebron, a 25-year-old Palestinian man approached a security guard of an Israeli settlement and allegedly threw a knife at him, following which the guard shot and killed the Palestinian, according to Israeli reports.