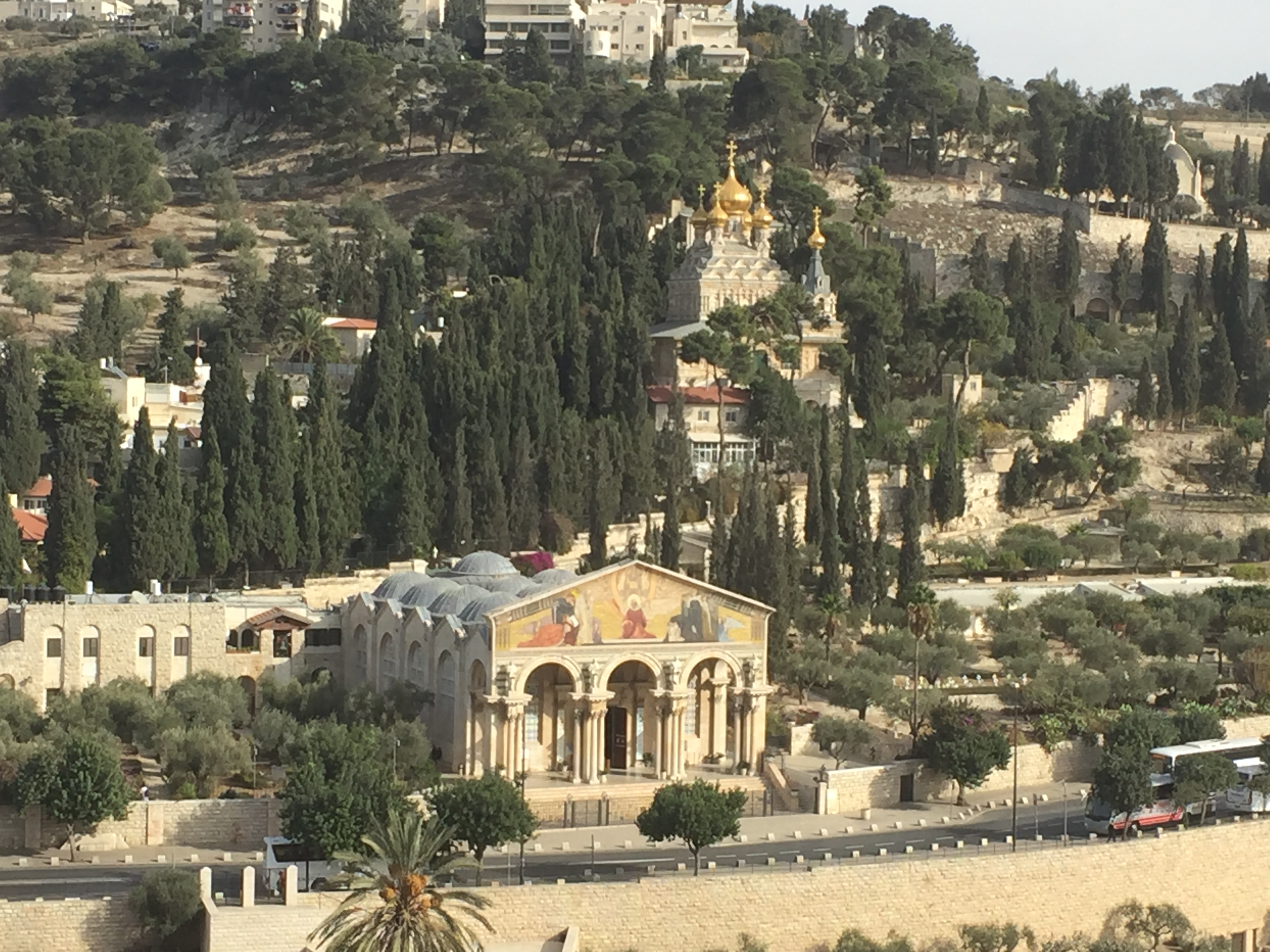 The Church of the Gethsemane located at the foot of Mount of Olives in Jerusalem.

JERUSALEM, Saturday, December 05, 2020 (WAFA) – Church leaders in Jerusalem today strongly condemned the attempted arson of the Church of Gethsemane, also known as the Basilica of All Nations or the Basilica of the Agony, by a Jewish Israeli, as Christians around the world get ready to celebrate Christmas, saying the attack is another evidence of radicals targeting churches and their properties.

A religious Jewish radical started a fire inside the Gethsemane Church in Jerusalem, causing damage to a number of pews before Palestinian youths were able to stop the assailant and extinguish the fire before causing serious damage to the historic church.

Greek Orthodox Patriarch, Theophilos III, condemned the attempt to burn the Church of Gethsemane in Jerusalem, describing this attempt as “a racist crime that exposes Israeli radical mentality in targeting churches and their properties.”

“This radical act is a crime inspired by an extreme ideology that seeks to drive Christians from the Holy Land,” said the Patriarch, calling for the protection of Christian shrines in Jerusalem.

“I call on the international community to take its role in protecting Christian shrines, and preserving the indigenous Christian presence in the Holy Land,” he said in a statement, pointing out that “the crime of attempting to burn the Church of Gethsemane is no less appalling and horrible than the radical organizations’ attempts to control churches properties, especially in Jerusalem’s Jaffa Gate.”

He was referring to attempts by Israeli settler groups to take over church properties in Jerusalem’s old city by forging documents and through coercion and blackmail.

Patriarch Theophilos III stressed that “racism is a horrible enemy of all nations, and that peace, tolerance and coexistence are the ideal gateway for a bright future in the city of Jerusalem, which suffers from hatred, racism and the resulting crimes.”

The Assembly of the Catholic Ordinaries of the Holy Land also condemned the arson attempt at the Gethsemane church and demanded an investigation into the attack.

“We thank God that the fire was quickly extinguished and we value the efforts of the youth of Jerusalem who were able to stop the assailant without him causing more damage to the church,” said the Assembly of Catholic Ordinaries, demanding that the Israeli police, who arrested the radical, “to seriously investigate this arson attack, especially since it seems that it is racially motivated.”

The Church of the Gethsemane, located at the foot of the Mount of Olives in Jerusalem, was built on the rock on which Jesus Christ prayed prior to his arrest and crucifixion.

The modern church, the most visited by tourists and pilgrims, stands on the foundations of two ancient churches: a 4th-century Byzantine basilica, destroyed by an earthquake in 746, and a 12th-century Crusader chapel, which was abandoned in 1345.

It was also named the Church of All Nations after 12 different countries funded its rebuilding in 1919. The symbols of each country that contributed to the church are incorporated into the inlaid gold ceilings of each of 12 cupolas that rest on six monolithic pillars.