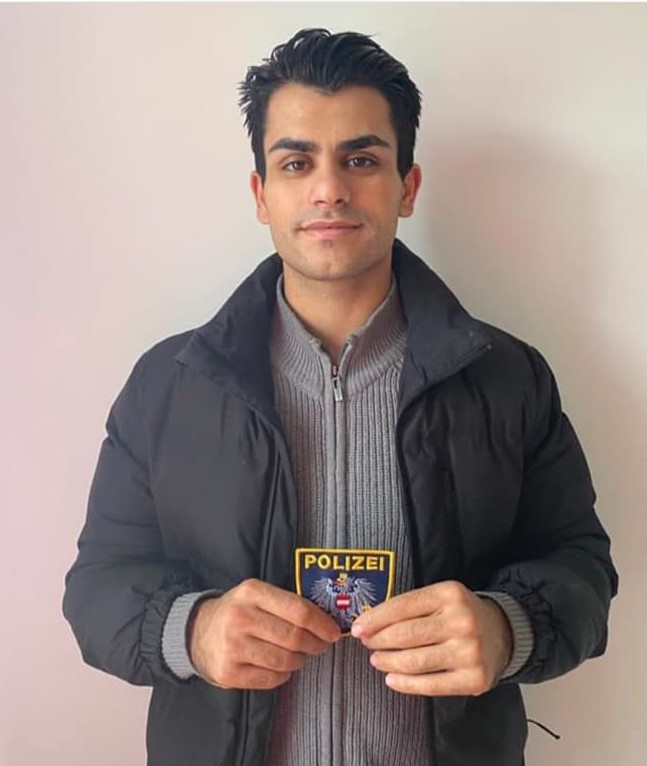 Osama Joda who helped save the life of an Austrian policeman following a terror attack in Vienna.

RAMALLAH, Thursday, November 05, 2020 (WAFA) - President Mahmoud Abbas called the Palestinian young man, Osama Joda, who helped save the life of a wounded Austrian policeman at the site of a terror attack in Vienna earlier this week praising him for his courage and bestowing on him a medal in recognition of his courage.

“You make us proud as we tell the world this is the Palestinian people who fight terrorism and protect people, so we decided to bestow on you a medal in recognition of your courage," the president told Joda, who was honored by the Palestinian embassy in Austria.

Joda’s father, Khalid, thank the President for this call, describing it as the best present and tribute to his son.

Joda, 23, an immigrant, was working at a restaurant near the attack site when the attacker shot a police officer. He rushed to pull the officer into the restaurant and helped stop the bleeding from his wound before moving him to an ambulance while the shooting was ongoing at the site.

Joda was also awarded the Golden Police Medal as he was recognized as a hero.