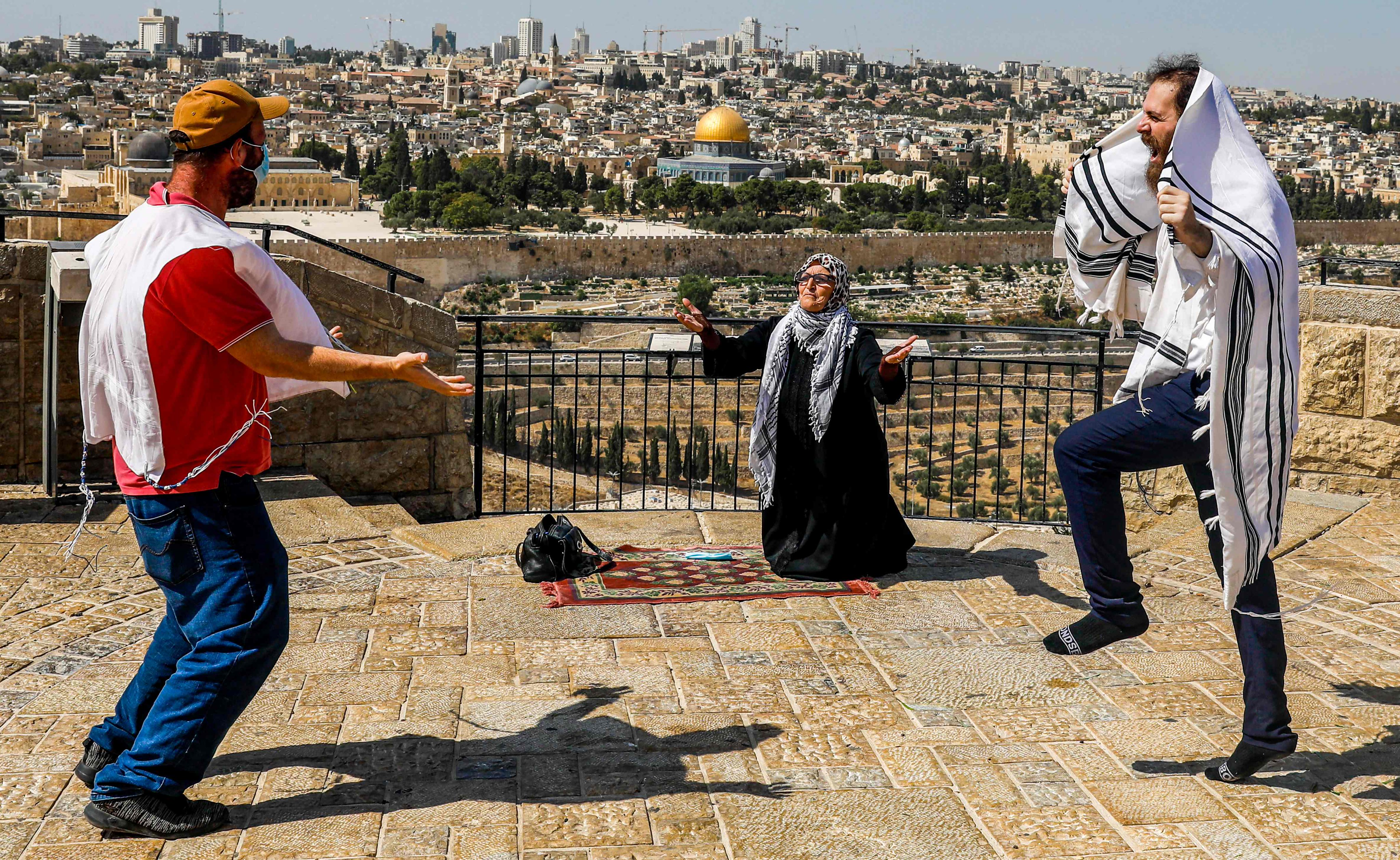 Jewish fanatics harassing a Palestinian Muslim woman as she was praying in Jerusalem.

JERUSALEM, Saturday, October 10, 2020 (WAFA) – A Muslim Palestinian woman who was banned by the Israeli occupation authorities from entering Al-Aqsa Mosque in Jerusalem was yesterday harassed by Jewish fanatics as she performed the Friday prayer on Mount of Olives overlooking the Old City of Jerusalem.

Nafisa Khwais, 68, from the Mount of Olives neighborhood in occupied East Jerusalem, has been banned from entering Al-Aqsa Mosque due to her activities at the Muslim holy place against attempts by Jewish fanatics in collusion with the Israeli government to change the status quo at the Mosque.

As a result of the ban as well as current coronavirus restrictions on movement, she is forced to perform the prayers near her home and away from the walled compound where she is seen in this picture praying at a location on Mount of Olives overlooking Al-Aqsa Mosque and the Old City when Jewish fanatics started to harass her as she prayed.