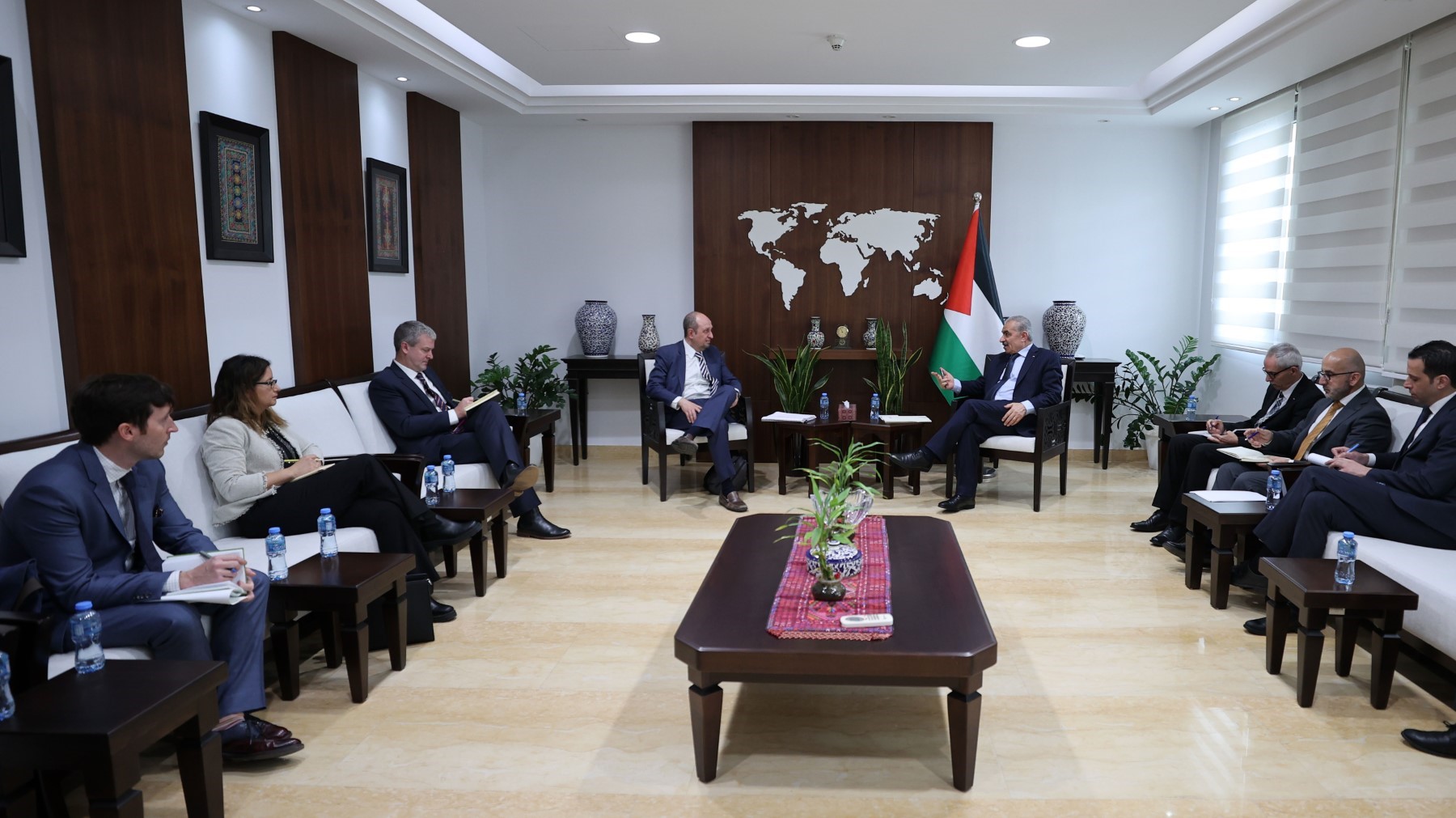 RAMALLAH, Thursday, January 12, 2023 (WAFA) - Prime Minister Mohammad Shtayyeh today briefed the US Special Representative for Palestinian Affairs, Hady Amr, on the Israeli violations and unilateral measures against the Palestinian people, urging the US to put an end to these measures that undermine the Palestinian Authority (PA).

"The US administration is required to quickly act to put an end to the unilateral Israeli measures and threats that undermine the Palestinian National Authority, and systematically end the possibility of establishing a Palestinian state," the Prime Minister told Amr and the head of the Palestinian Affairs Unit, George Noll, during a meeting at his office in Ramallah.

He stressed that the upcoming visit of US Secretary of State Anthony Blinken and National Security Adviser Jake Sullivan to the region should carry a message of hope for the Palestinian people and a clear message to the Israeli government that it should stop the violations and unilateral measures and oblige it to respect international law and signed agreements.

The Prime Minister called for real American pressure on the Israeli government to stop all violations and release the withheld Palestinian funds it illegally deducts from the clearance tax revenues under the pretext of seizing money amounting to what the PA pays in allowances for families of Palestinian killed by Israel and prisoners, or the departure tax paid by the Palestinian travelers, or unaudited bills from any party.

"The Palestinian people and their leadership will not accept the fait accompli, and we will continue in the popular, political, diplomatic and legal struggle against the Israeli measures," he said.

The US delegation earlier met with Hussein al-Sheikh, secretary of the Palestine Liberation Organization, who said in a tweet that they “discussed Palestinian-US bilateral relations, and political developments in the region, especially after the outcome of the recent (Israeli) elections and the formation of the new Israeli government.”

Al-Sheikh said he stressed in his meeting with Amr “the need for a political horizon that preserves the two-state solution in accordance with international legitimacy, and for the Government of Israel to stop all of its unilateral measures and daily attacks which destroy the efforts toward a two-state solution and destroy security and stability.”