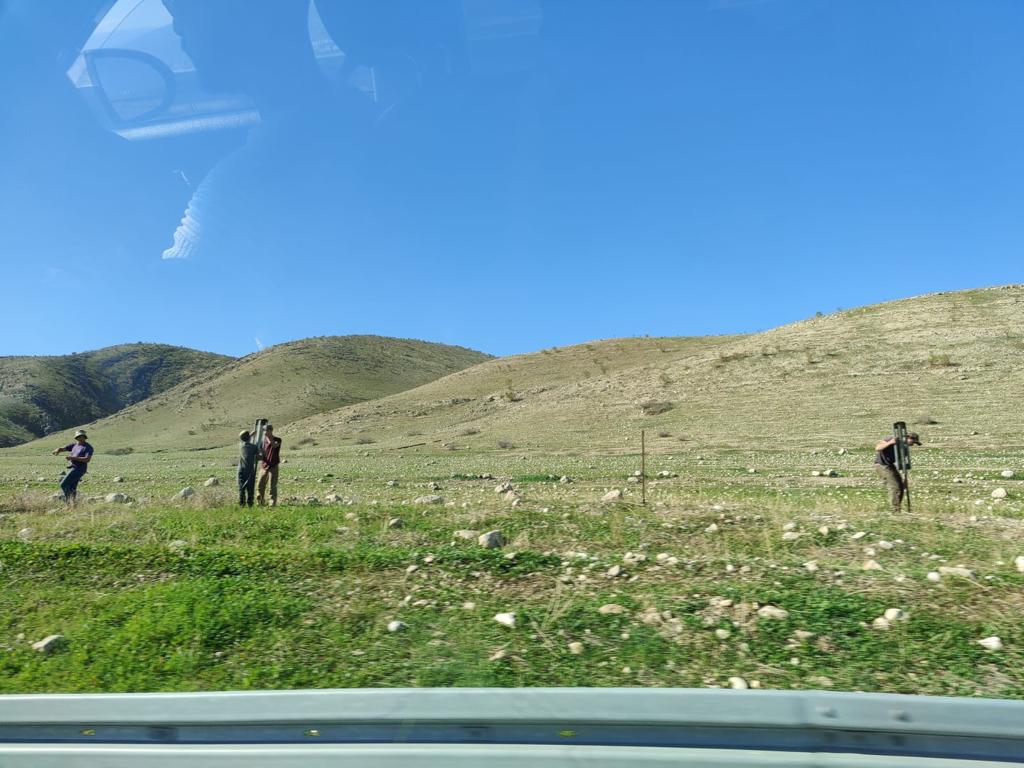 Settlers seize land near al-Farisiya in the northern Jordan Valley.

They said that settlers fenced off the land, whose area was not exactly determined and located near the illegal settlement of Shadmot Mehola, in preparation for seizing it.

Over the years, Israeli settlers have seized thousands of dunums of pastures and farming lands in several areas in the northern Jordan Valley and set up outposts on top of mountains in the area.

Since the beginning of 2022, al-Farisiya area has been subjected to several violations by Israeli settlers against Palestinians and their properties, in addition to the soldiers seizing tractors and pursuing farmers working on their lands.