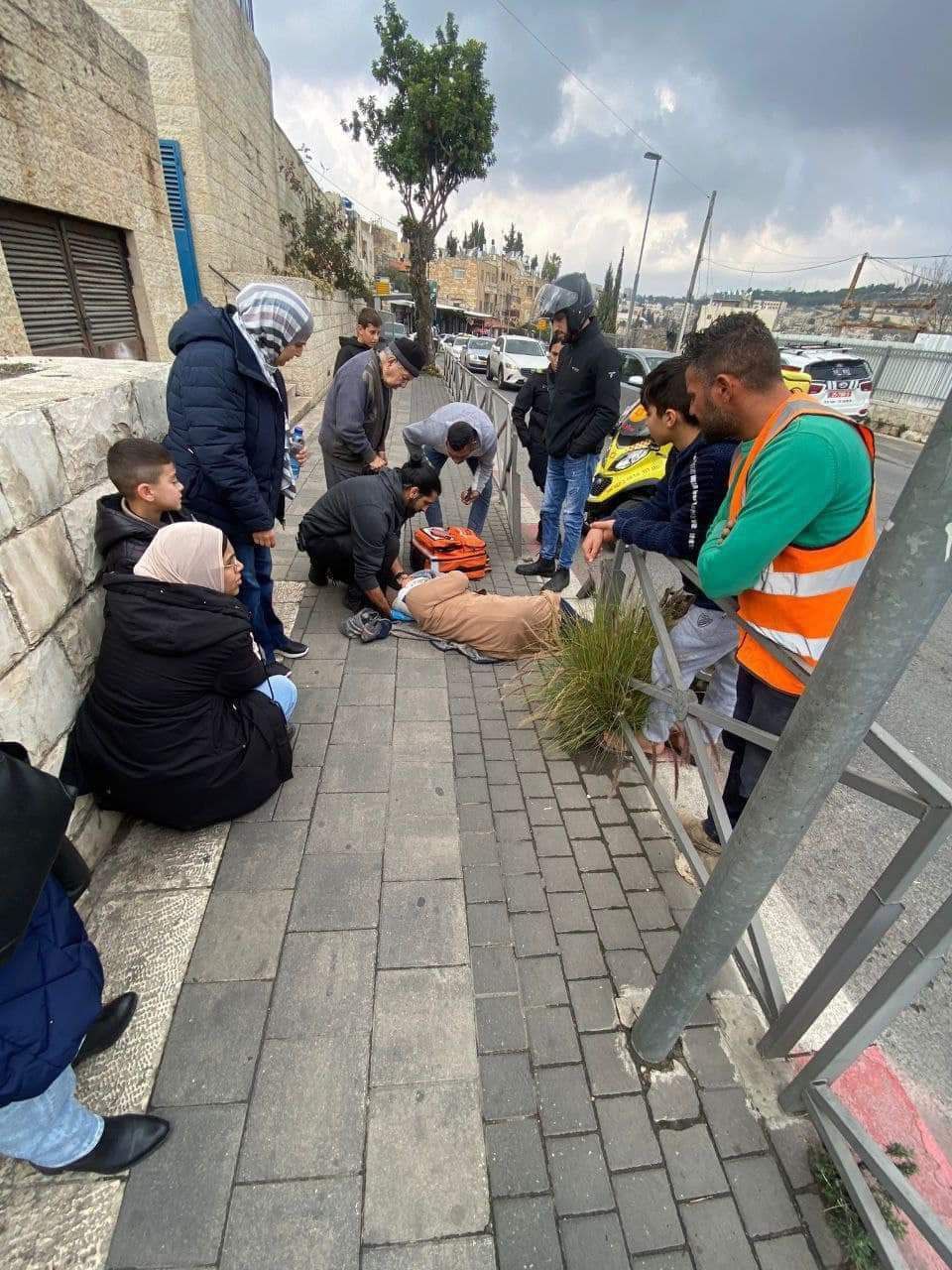 A Palestinian elderly woman attacked, knocked to the ground by an Israeli settler in East Jerusalem

JERUSALEM, Sunday, December 25, 2022 (WAFA) – An elderly Palestinian woman was attacked this evening by an Israeli settler near Wadi al-Jouz neighborhood, in occupied East Jerusalem, according to local sources.

Sources told WAFA correspondent that an Israeli settler attacked the elderly and knocked her to the ground while she was present near the said neighborhood, before fleeing the scene.