Israeli settlers set fire to a shop, nursery near Nablus 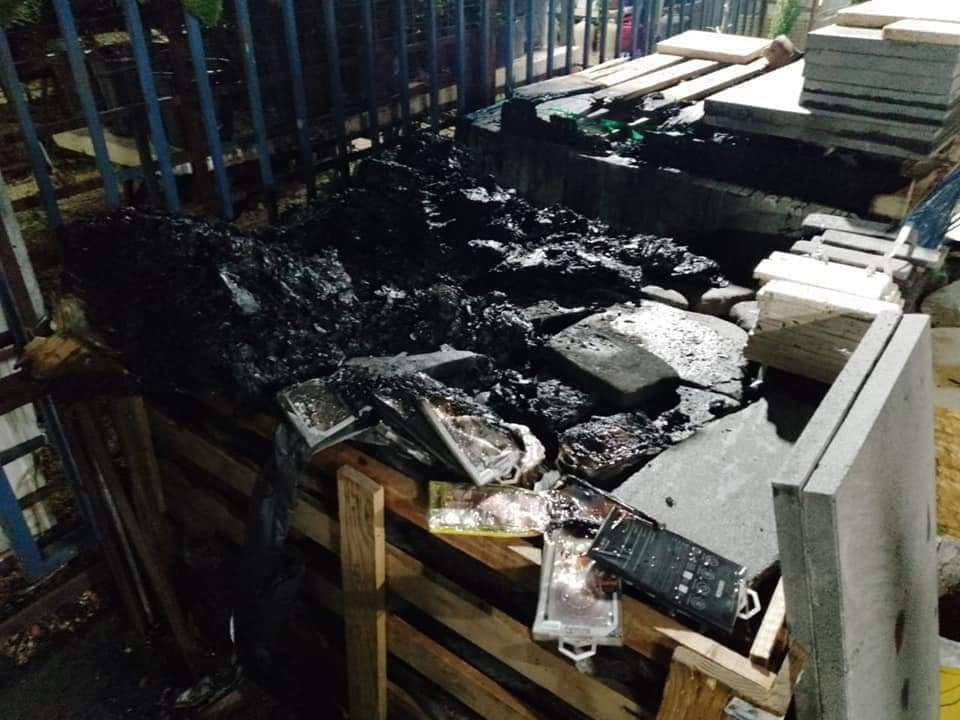 NABLUS, Monday, December 19, 2022 (WAFA) – Israeli settlers early today set fire to a Palestinian-owned shop and nursery in the village of al-Sawiya, south of the occupied West Bank city of Nablus.

Ghassan Daghlas, who monitors settlement activities in the northern West Bank, said that a group of settlers set fire to the shop and nursery located on the Nablus-Ramallah road causing damage, and even attempted to blow up the whole place using a gas cylinder.

He said this is the sixth time settlers have vandalized the nursery.